In a book published just months before his death in 2012, former Pennsylvania senator Arlen Specter teased an eyebrow-raising memory.

Specter had spearheaded an effort to investigate whether the New England Patriots’ practice of videotaping opposing teams’ play signals was more widespread than the NFL disclosed following the 2007 Spygate scandal. The late U.S. senator and lifelong Philadelphia Eagles fan wrote he was told by a mutual friend of Patriots owner Robert Kraft that, if he “laid off the Patriots, there’d be a lot of money in Palm Beach.”

However, Specter, who died in October 2012, never specifically identified the mutual friend, and it had since remained unclear who it was, until now.

“It was Trump,” Shanin Specter, the senator’s oldest son, told ESPN in a report Wednesday.

According to the report by Don Van Natta and Seth Wickersham, both Specter’s son and his close aide and ghostwriter, Charles Robbins, now say the passage referred to now-former president Donald Trump, who was a “close friend” and political donor to the Republican-turned-Democratic senator.

However, according to the two men, Trump wasn’t offering his own money, but instead dangling potential political donations from Kraft.

Robbins said that Specter had declined to identify the friend, but told ESPN he was “pretty darn sure the offer was made by Trump,” who became friends with Kraft in the 1990s after the Patriots owner bought a home in Palm Beach, Florida, near his Mar-a-Lago club. Trump went on to become an outspoken fan of the Patriots and their star quarterback Tom Brady.

“At the time, it didn’t seem like such an important moment,” Robbins said. “Back then, Trump was a real estate hustler and a TV personality.”

Through spokesmen, both Trump and Kraft denied they were involved in any effort to influence Specter’s investigation. Jason Miller, a senior adviser to Trump, told ESPN that the detail is “completely false,” but reportedly declined to answer additional follow-up questions. A Patriots spokesman told ESPN that Kraft “never asked Donald Trump to talk to Arlen Specter on his behalf” and was unaware of any such effort.

Shanin Specter told ESPN that his father was “pissed” about the offer.

“He felt as if it were tantamount to a bribe solicitation, though the case law on this subject says it isn’t,” he told ESPN, noting such transactional offers are common in the U.S. campaign finance system.

Federal Election Commission records show that Kraft never donated to any of Specter’s political campaigns; Trump donated a total of $11,300 to the senator between 1983 and 2008.

His last donation to Specter came on March 31, 2008, less than two weeks after Trump co-hosted a book party for the senator in the midst of his Spygate investigation. Shanin Specter told ESPN that his father told him about Trump’s offer shortly after getting the call in the first half of 2008.

According to the late senator’s notes, Specter and his wife also had dinner with Donald and Melania Trump at Mar-a-Lago on Jan. 20, 2008. According to ESPN, he later sent a handwritten note thanking the Trumps.

“The food was excellent and the company was better,” Specter wrote. “Donald, you ought to give some serious thought to becoming a Cabinet secretary.” 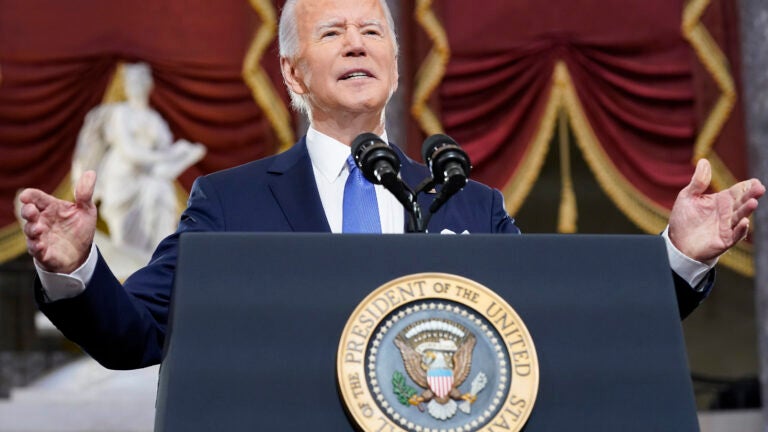