Julio Jones trade rumors continue to heat up, and a possible connection with the Patriots continues to be speculated.

The Falcons star receiver reportedly has a few teams trying to trade for him. Longtime NFL insider Peter King believes that the Patriots make the most sense for trading him.

“I think at the end of the day New England makes an awful lot of sense,” King said Friday on NBC Sports’ “PFT Live.” “It makes a lot of sense because Bill Belichick has shown time and again that he’s not afraid of (making these kinds of trades). You go back to Randy Moss in ’07, where everybody was staying away from Randy Moss and he said, ‘I’ll take Randy Moss.’ To me, I really think the Patriots make the most sense.”

In the Moss trade King referenced, the Patriots gave up a fourth-round pick. It seems like the Patriots would have to give up more than that in a trade for Jones, though. The Falcons have been offered a first-round pick for Jones, ESPN’s Dianna Russini reported Thursday.

The Patriots have had “internal discussions” on making a trade for Jones, NFL Network’s Mike Giardi reported Saturday. New England is also among the betting favorites to land Jones.

If Jones is traded, it likely won’t happen until after June 1. After that day, the Falcons would save $15.3 million in cap space if they move Jones, which they need in order to sign their draft picks. 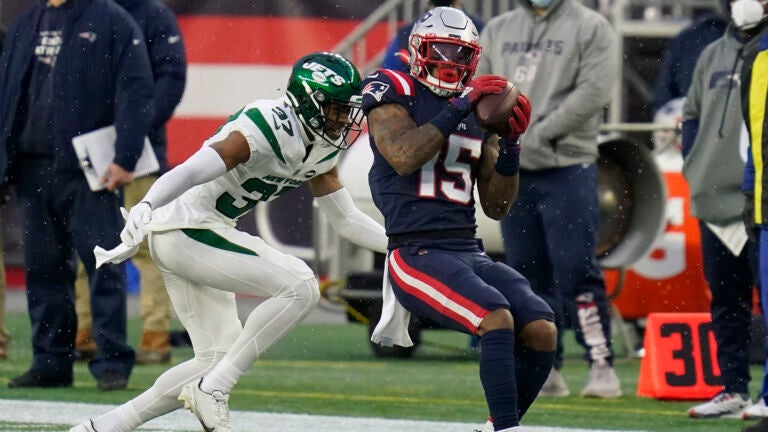