Trent Brown officially made his return during the Patriots’ second week of OTAs last week and participated all throughout mandatory minicamp this week, manning his expected spot at right tackle.

But skipping out on voluntary workouts wasn’t Brown’s plan.

“When I first heard we were going to have OTAs, I told them I would be here Day 1,” he said.

But a serious ATV accident involving Brown and his brother derailed those plans. Brown didn’t suffer major injuries, but he said his brother nearly lost his arm.

“It was a traumatic experience,” Brown said, “for me to be beside him and to see his arm just dangling by skin and a couple ligaments. I was going through it, so I had to get myself together. I came back and finished the spring strong. I’m glad the organization understood what I was going through, and they allowed me to step away and be with my family.”

Brown said his brother got 360 stitches in his arm to repair the wound and is doing “a little better,” but he added it would be “a long road to recovery.”

“I felt the biggest part on me was to be there, just because that’s my brother. We were there right beside each other, and we went through it together. I just wanted to make sure he was going to be okay.”

With his brother on the mend, Brown is back on the practice field, giving media a glimpse of the Patriots’ complete offensive line. Brown spent all minicamp at right tackle with Isaiah Wynn on the left side. Michael Onwenu slotted in at guard with David Andrews at center and Shaq Mason at right guard.

But Brown was also the first Patriots’ first choice to swing to the left side while Wynn was out during OTAs. He started at left tackle during his first stint with the team in 2018.

But the massive tackle said he’ll play on whichever side the Patriots need him the most.

“Whichever side I end up playing on, it really doesn’t even matter to me,” he said. “I think we have two great guards, one of the best centers in the league, and then whatever side me and Isaiah (Wynn) play, we’ll have two of the best tackles in the league.” 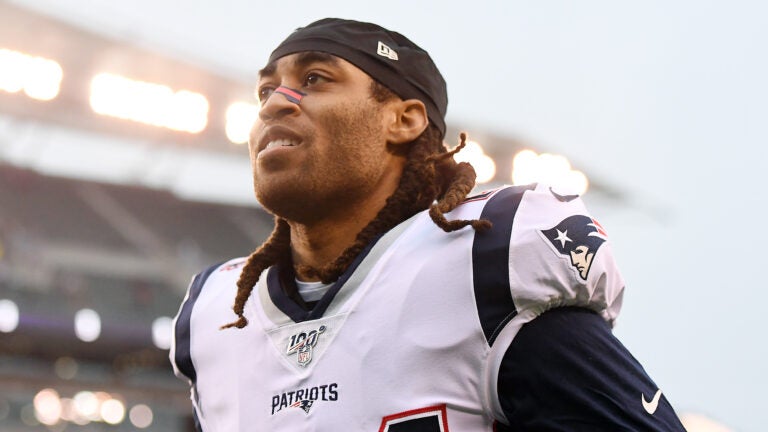