Former Patriots safety Rodney Harrison found himself in a tricky spot in his first year as an analyst for NBC.

In a 2009 matchup against the Colts, Patriots coach Bill Belichick made the decision to go for it on fourth-and-2 from their own side of the field, late in the game, holding a six-point lead. The Patriots failed to convert, and the Colts scored shortly after to get the win.

In NBC’s postgame coverage, Harrison said he had no choice but to criticize his former coach’s decision.

“It was my first year in broadcasting and they’re like ‘Rodney, we have to come to you.’ I’m like, ‘Holy crap! You’re coming to me?’ And they’re like, ‘Yeah, a 1-on-1, and Bob [Costas] is going to ask if you agreed with the call, what Belichick did,'” Harrison told ESPN’s Mike Reiss.

“So they ask the question and I said that I’ve known Belichick for a long time, and I’ve seen him make a lot of decisions, but this had to be one of the worst I’ve ever seen him make. To say that, and be critical of your coach — a person you have a lot of respect for, that gave you an opportunity — that was a defining moment. You could have backed off of Bill and protected him. But you didn’t. That’s what you have to do in that moment.”

“I was just up there for the Patriots Hall of Fame [in 2019], and Belichick told me and Willie McGinest, ‘Look, if you guys have to criticize me, I understand it. You have a job to do,'” Harrison recalled to Reiss. “I was like, ‘Coach, I have no problem with that!’ It was nice for him to say that, because somebody that gave me an opportunity, who really believed in you, the last thing you want to do is criticize him. But I had to do my job.”

It might be a good thing that Belichick doesn’t take criticism from ex-players personally as several of them are now working in the media. McGinest works at NFL Network while Tedy Bruschi, Rob Ninkovich, Randy Moss, and Damien Woody all work at ESPN. Locally, Matt Cassel, Matt Chatham, Ted Johnson, and Christian Fauria all work for various outlets.

Julian Edelman will join the media ranks this fall as a panelist on Paramount+’s “Inside the NFL.” 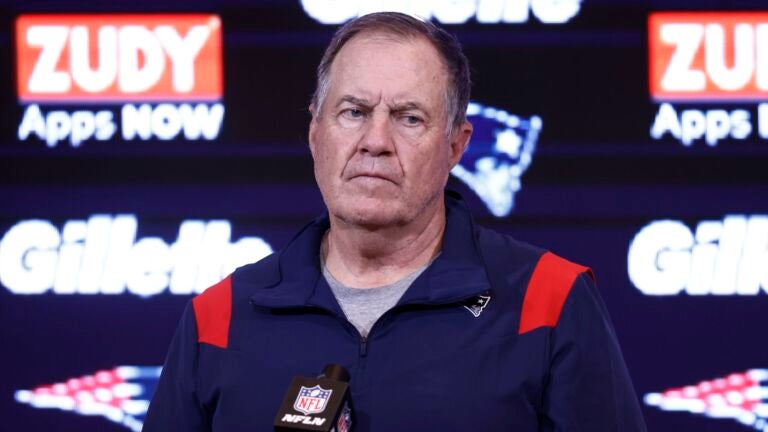