The Patriots made their plane available for a number of reasons during the COVID-19 pandemic, including transport of masks, vaccines and even healthcare workers when it sent a group of vaccinated workers to the Super Bowl.

On Thursday, the plane was spotted in South Dakota bringing troops home from the Horn of Africa.

Per South Dakota’s KELO, Patriots spokesperson Stacey James said the team uses a charter service for its planes during the offseason.

“The Department of Defense is using our planes to transport troops,” James told KELO. “The plane is used for charter purposes in the off season.”

According to KELO, the 190 troops were deployed in August of 2020, and a welcome party was planned for the 196th MEB National Guard unit on Thursday afternoon nearby.

The Patriots’ plane has been making the rounds recently. In mid-June, it was spotted near Jackson, Mississippi, and James gave similar quotes about the plane’s charter to a news outlet.

In 2017, the Patriots became the first NFL team to own its own plane when they purchased a pair of Boeing 767s.

Four years later, no other team owns its own plane. In 2017, ESPN reported that the planes the Patriots bought are “extended range,” which allows them to fly nonstop for about 12 hours. They generally cost between $5 million and $65 million, or $200 million brand new. 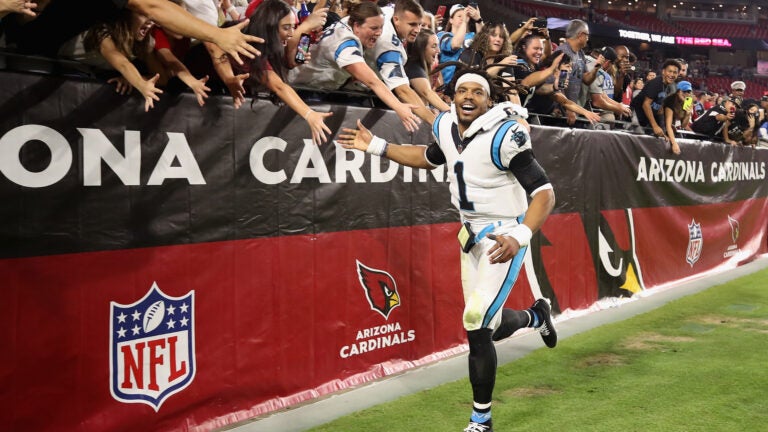 Patriots, Cam Newton both got what they wanted in the end