The 2020 NFL season was far from a crowning achievement for Patriots head coach and de facto general manager Bill Belichick.

For one thing, the Patriots struggled to a 7-9 season in their first year sans quarterback Tom Brady, with issues at quarterback and other offensive skill positions highlighting some talent deficiencies in Belichick’s offense.

Then, Brady went out and immediately won a Super Bowl with his new team, touching off a firestorm of hot takes about who was the real reason for the Patriots’ success the last 20 years.

But at least one NFL writer still views Belichick (It should be noted the Patriots also have Dave Ziegler making personnel decisions in the front office) as the gold standard among the league’s roster builders.

NBC Sports’ Patrick Daugherty placed Belichick atop his 2021 rankings of NFL general managers despite a challenging 2020 that called to attention some of the holes in his methods.

“You’re permitted one bad year, right? Yes and no,” he wrote. “It’s no ordinary bad year when the franchise icon quarterback you let walk in free agency immediately wins another Super Bowl elsewhere. What figured to be an intricate debate — Belichick or Brady? — didn’t seem so complicated in 2020. It is, of course, but it wasn’t so much letting Brady go as the underlying factors that drove him away. A shoulder-debilitated Cam Newton throwing up prayers to Damiere Byrd and Jakobi Meyers last season laid bare just how talent-bereft Brady’s final few offenses really were.”

Aside from a running game that was among the league’s best, last year’s Patriots offense didn’t have a lot going for it. The team’s most productive tight end — once a position of strength — was Ryan Izzo, who had 13 catches for 199 yards. Julian Edelman’s season- (and eventually career-) ending injury forced Meyers and Byrd into uncomfortable roles as top receivers while N’Keal Harry continued to flounder.

Newton, meanwhile, couldn’t elevate that supporting cast and notably struggled to keep the offense moving through the air despite his prowess on the ground.

“There is no band-aid fix to a situation like that,” Daugherty said in his ranking, “but Bill Belichick tried in free agency, going on an uncharacteristic spending spree as he added Nelson Agholor, Hunter Henry, Jonnu Smith and Kendrick Bourne, amongst others. It was an admission of fault from the Patriots’ long-time czar, but those are not as rare as you might think. Quickly admitting missteps has always been one of Belichick’s superpowers.”

On paper, the Patriots offense should be much more reminiscent of its past successful forms that wielded multiple tight-end sets against defenses. Agholor and Bourne also add more productive bodies at receiver, though neither are elite options.

These additions also don’t include Belichick’s drafting of his quarterback of the future, Mac Jones, in the first round of the 2021 draft or stocking up his defensive front with talents like Christian Barmore and Ronnie Perkins.

Though it ideally shouldn’t have taken Brady leaving to expose the flaws in sticking with the status quo too long, Belichick’s wheeling and dealing this offseason has ostensibly put the Patriots right back in a position to win and possibly make the playoffs in 2021. More than that, though, Jones and several of his other young teammates offer hope of a contention window restored in the immediate future.

“Despite his foibles as team builder — hello Patriots receiver picks — no general manager has done a better job of giving the coach the right players than Belichick,” Daugherty concluded. “He will eventually stack together enough little fixes to correct the past half-decade’s big mistakes.

“You could argue I’m blinded by the rings. There is still no one I would rather build a front office around.” 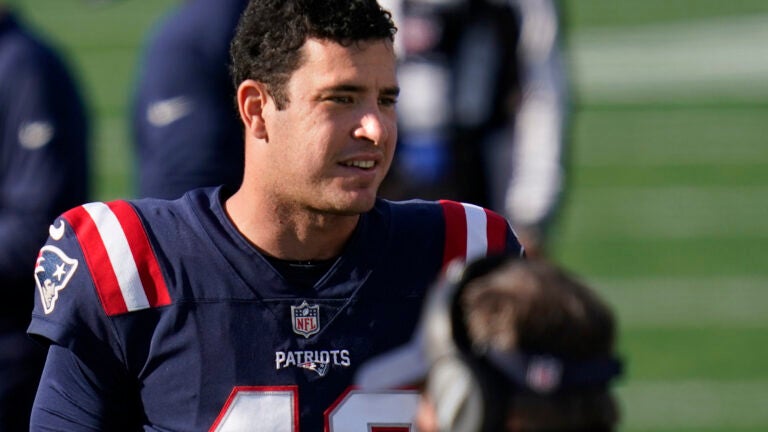