Former Patriots running back Kevin Faulk had a first-hand look at how good Patriots rookie Mac Jones could be when the quarterback was at the University of Alabama.

While Jones’s performance that day was bad for Faulk’s current professional home, Faulk believes it’s one of the many reasons why his old employer made the right pick in the first round of this year’s draft.

“Very intelligent. Doesn’t make too many bad decisions. Understood what the offense was. Understood what he needed to do as the starting quarterback, and I think that will be the same way here,” Faulk said of Jones during an autograph session, according to ESPN’s Mike Reiss. “The situations are similar for him.”

Jones’s decision-making was one of his most touted traits heading into the draft. In 2020, Jones completed 77.4% of his passes, an NCAA record, and threw 41 touchdowns to four interceptions over 13 games.

Despite picking Jones with their first-round pick, Patriots coach Bill Belichick has said Cam Newton’s still the starting quarterback, so whether Jones starts or not in 2021 remains to be seen. Jones started just one year in college, which gives Faulk enough reason to think that the rookie quarterback can perform well either right away or after sitting for a little bit.

“Very curious, because [Jones] can be very productive in this offense if he is who he is shown and proven to be in college — the one year he played,” Faulk said. “He hadn’t played much the previous years, but you could tell from last year that he paid attention.”

Jones wasn’t the lone Patriots rookie to receive praise from Faulk. Second-round pick Christian Barmore, who also played at Alabama, recorded a sack against LSU in 2020.

“Can’t wait to see what he does. Very disruptive in the SEC, and we always say the SEC is a step below the NFL,” Faulk said of Barmore. 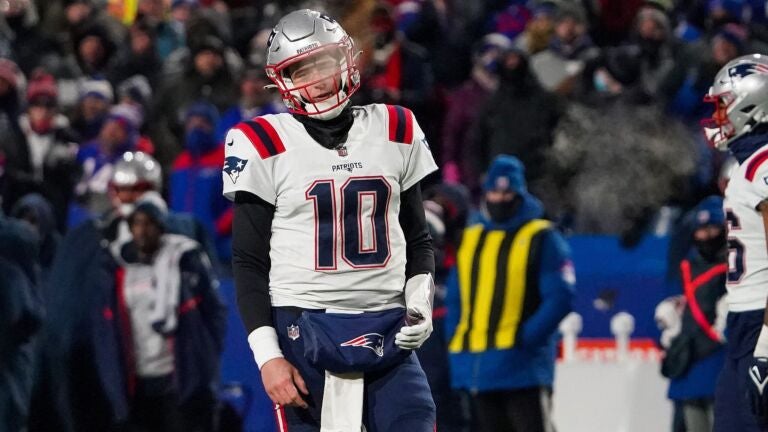