Are you ready for some socially distanced football?

One year after NFL teams held fan-free training camps as the league tried to navigate its way through the COVID-19 pandemic, spectators will be welcomed back. It will not be quite the same as pre-pandemic days, as fans will have to stay at least 20 feet away from the players, and will not be allowed to seek autographs or pictures with players.

Here is everything you need to know as the Patriots prepare to open training camp at Gillette Stadium in Foxborough:

The players reported to camp on Tuesday, July 27. They will practice Wednesday through Saturday, with each session beginning at approximately 9:15 a.m.

The first day will be a conditioning day. The next four days are no-contact, with players wearing helmets on the second and third days. Shells will be worn on on the fourth and fifth days. The sixth day will be an off day, before full-pad practices, with contact, can begin on the seventh day.

Two practices will be held inside Gillette Stadium – Friday, Aug. 6 for season ticket holders and Foxborough residents, and Aug. 10 for the general public.

A few years ago, we put together a guide on how to watch training camp like a pro. Here is the abbreviated version:

· Pick a low vantage point for individual drills, and a high one for team drills.

· Take notes of the pairings and combinations.

· Grade the one-on-one battles, and be descriptive.

· Take note of the game situation.

· Listen to what the coaches are telling the players.

It’s clear the Patriots need better play at quarterback this season. Cam Newton struggled mightily in 2020. His supporters point out he did not have much time to get acclimated to his new team after signing with the Patriots on June 29, 2020, and that he did not have the benefit of a normal preseason because the exhibition schedule was canceled.

He also did not appear to have much to work with, particularly once receiver Julian Edelman went down for the season, as well as a pair of rookie tight ends who could not stay on the field. Newton managed eight touchdown passes in 15 games, and his lack of accuracy was a big concern.

With the benefit of a full offseason in the organization, as well as an upgrade at tight end and wide receiver, coach Bill Belichick appears to be inclined to give Newton another chance – he affirmed Newton as “our quarterback” on the night of the draft. But the selection of Mac Jones with the 15th pick could mean the veteran is on a short leash, particularly if Jones performs well in camp.

· Will the big spending pay off?

Typically not ones to splurge in free agency, the Patriots signed the top two tight ends on the market in Jonnu Smith and Hunter Henry. Wide receivers Kendrick Bourne and Nelson Agholor were also added. How quickly will those new weapons get acclimated to the offense?

They also spent on the defensive side, signing tackle Davon Godchaux, linebacker Matthew Judon, and defensive back Jalen Mills.

Defensive leader Dont’a Hightower is back after opting out for the 2020 season. While there had been speculation that Hightower might retire rather than return to the team, as safety Patrick Ching did, Hightower made it clear at minicamp that he is happy to be back playing with the Patriots.

Kyle Van Noy is also back with the organization after one season in Miami. Other teams expressed interest when the he was released by the Dolphins, but Van Noy was happy to get another chance to play for Belichick.

Stephon Gilmore is entering the final season of his $65 million deal, one that will pay him just $7.9 million in 2021. After he did not attend the team’s voluntary spring practices or mandatory minicamp this offseason, there had been speculation that he would hold out. The cornerback has reported to camp, but has been placed on the physically unable to perform list. Stay tuned.

The Patriots have three preseason games, all against NFC East opponents. Only one will be at Gillette Stadium. the other two are on the road. All three games will be broadcast on WBZ

· Joint practices are back. The Patriots will have joint practices with the Eagles at Philadelphia ahead of the second preseason game. On Aug. 25 and 26, the Giants will be in Foxborough for a pair of joint practices before the teams meet at MetLife Stadium.

· Sept. 12: For the second year in a row, the Patriots will open the regular season by hosting the Miami Dolphins.

· Parking and admission are free. Practices are on the fields behind Gillette Stadium.

· The schedule throughout training camp is tentative and subject to change. Fans planning to attend practice should check Patriots.com for daily updates or call the training camp hotline at 508-549-0001.

· When the Patriots are forced to practice indoors because of inclement weather or poor field conditions, practices will be closed to the public.

· There are concessions positioned around the practice fields and the Patriots Fan Zone, including exhibits from the Patriots Hall of Fame.

· All fans entering the Patriots training camp facility with a view of the practice fields will be screened by metal detectors, as well as having any and all bags screened by security personnel. While bags are permitted, fans are encouraged to use clear bags for speed of inspection and entry.

· From Boston and farther north: Take I-95 South to Exit 9. Follow Route 1 south approximately 3 miles to Gillette Stadium (on the left).

· From southern Connecticut, Rhode Island: Take I-95 North to I-495 North to Exit 14A. Follow Route 1 north about 4 miles to Gillette Stadium (on the right).

· From northern Connecticut, Vermont, upstate New York: Take I-90 East to I-495 South to Exit 14A. Follow Route 1 north about 4 miles to Gillette Stadium (on the right). 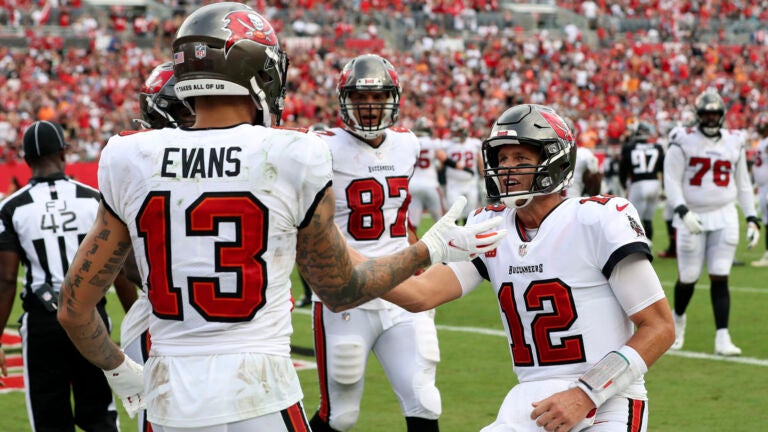