Patriots quarterback Jarrett Stidham had successful surgery to repair a back injury on Wednesday, NFL Network’s Ian Rapoport reported Friday. The surgery will keep Stidham out for “roughly” 12 weeks, Rapoport added in his report.

The Patriots placed Stidham on the physically unable to perform list prior to the start of training camp, which began Wednesday. Head coach Bill Belichick told reporters Thursday that Stidham would “miss a little time.”

Stidham was a full participant during organized team practice activities and minicamp practices this spring, in which he had some impressive moments. The quarterback also organized workouts among Patriots skill-position players on the West Coast earlier in the offseason.

Stidham, who the Patriots selected in the fourth round of the 2019 draft, had an unimpressive second season. With several expecting him to be the team’s starting quarterback following the departure of Tom Brady, Stidham lost the battle to Cam Newton, who signed with the Patriots a month before training camp started.

When Newton looked unimpressive in the late stages of the 2020 season, Stidham also looked unimpressive. Replacing Newton during a pair of blowout losses, Stidham completed 9 of 16 passes for 71 yards and was sacked three times combined in the Week 14 and Week 16 losses to the Rams and Bills, respectively.

Stidham finished the 2020 season with 256 passing yards, two touchdowns, and three interceptions over five games – which were all off the bench. 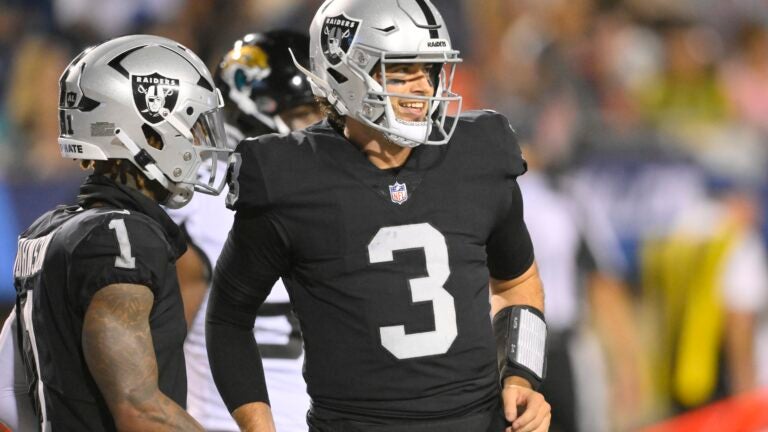