The on-field play of Patriots quarterbacks Cam Newton and Mac Jones wasn’t the only subject the two had to tackle after the team’s second day of padded practice Thursday.

Reporters posed another critical question to the two of them — one that has engulfed NFL locker rooms across the league: “Are you vaccinated?”

Not surprisingly, both quarterbacks punted.

Newton and Jones declined to confirm whether they were vaccinated, with Newton even seeming to bristle at the question — “Are you vaccinated?” he asked Boston Globe reporter Ben Volin before answering himself.

“I think it’s too personal for each and every person to kind of discuss it. And I’ll just keep it at that,” he said.

Jones similarly called his non-answer on vaccination a “personal choice.”

Despite what detractors might believe, the question has clear relevance for both players.

For one thing, Newton himself contracted COVID-19 going into Week 4 of last season and, though asymptomatic, was out for 10 days. He missed the team’s loss to the Chiefs and struggled to close the season after a solid start.

Newton is also one of the few players that wears a mask out to the practice field each day, which is required for all unvaccinated players (though this is not definitive proof of his status).

Another trip to the COVID list in 2021 could theoretically cost him his job permanently.

The Vikings’ three top quarterbacks, including starter Kirk Cousins, had to go on the league’s COVID-19 reserve list in the last week after backup quarterback Kellen Mond reportedly tested positive for COVID.

Cousins, who was deemed a high-risk close contact, has since come off the list but continues to insist against getting the vaccine.

The NFL has updated its regulations this year to incentivize vaccination for players, including allowing quicker returns from the COVID list of players who are infected while vaccinated, and fining unvaccinated players who break any COVID protocols.

Head coach Bill Belichick similarly demurred on the vaccination question when asked before Wednesday’s practice. He refused to discuss his own status (“We’re not going to get into that,” he said) or the team’s as a whole, saying only that “we’re here, we’re practicing.”

He has previously said he believes “most” of the team is vaccinated — a sentiment echoed by Jones — but wouldn’t give a percentage.

The Patriots currently have one player, Devin Asiasi, on the COVID-19 reserve list. But he can return as long as he is asymptomatic and can provide two negative tests in a 24-hour period rather than having to face a mandatory 10-day quarantine. 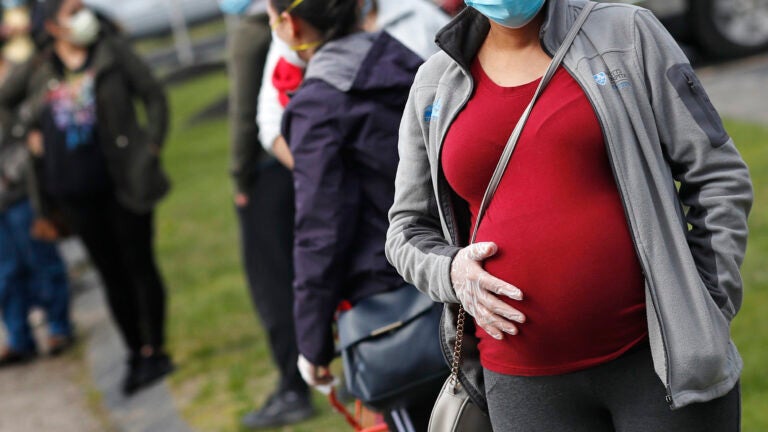