Aside from the quarterback competition and Stephon Gilmore’s holdout, there’s been no bigger Patriots training camp story than N’Keal Harry.

First, the underwhelming third-year receiver publicly requested a trade before the start of camp through his agent.

Then, the big-bodied wideout went on to put up some of the best practices he’s had in a Patriots uniform, including a number of highlight-reel catches the likes of which fans have been waiting for since the team drafted him in 2019.

He’s been a frequent target of both Cam Newton and Mac Jones and is playing like he might actually have a real role on this team if the Patriots don’t find a trade partner.

So what’s changed? According to Jakobi Meyers, a fellow receiver and Harry’s teammate of two seasons, not much.

“I feel like [N’Keal] is the same guy,” he told reporters this week. “It’s just not everybody got to see the same [N’Keal] that I saw.”

To the naked eye, that’s largely been true from a physical standpoint. Harry might look a bit lighter and quicker than he has in his first two seasons, but he’s still largely a big, box-out receiver who, despite his acrobatic grabs, isn’t separating much from defenders on the regular.

That’s not going to sound like good news considering Harry only has 45 receptions for 414 yards and four touchdowns in 21 career games.

But Meyers isn’t saying you should expect the same level of production. Rather, he means Harry’s dedication to his craft and his approach to the game haven’t changed.

“You didn’t get to see how hard he worked off the field or the time that he put in. You just saw what happened on game day,” Meyers explained. “Like I said, football doesn’t necessarily love anybody. Sometimes the ball don’t bounce your way, and that’s all they saw. They didn’t see all the work he’s put in behind the scenes.”

On one hand, it’s hard to feel too bad for Harry’s struggles when you see guys like Meyers, a 2019 undrafted free agent who converted to receiver from quarterback, rising up from obscurity to lead the team in receiving last season.

That’s the kind of performance you expect from Harry, though he hasn’t delivered.

But the flashes the still-young receiver has shown this summer do provide some reasons to hope he can bounce back in 2021. The only question: will that potential resurgence happen in New England or someplace else? 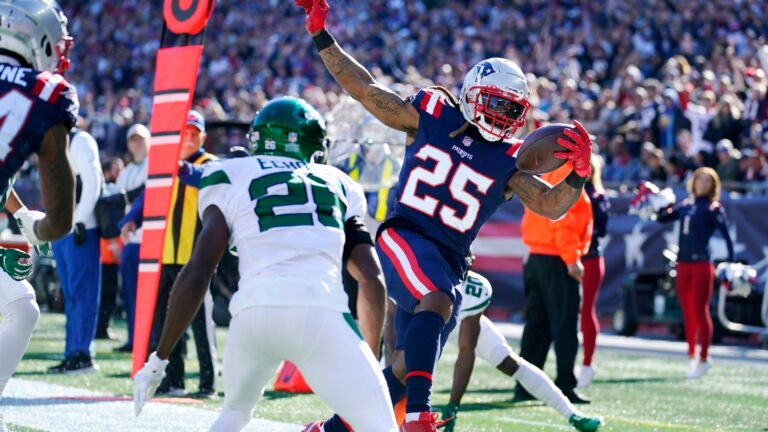 Patriots' rebuilding process can be defined only by its inconsistency