The Patriots wide receiver hit the ground hard after pursuing a deep ball from Mac Jones in the second quarter against the Philadelphia Eagles. He stayed down for a while before slowly leaving the field with a slight limp. Harry, according to ESPN’s Adam Schefter, did not suffer structural damage.

If Harry does, in fact, miss four weeks, that would put him out until around Week 2 when the Patriots face the New York Jets. That is, of course, if he’s with the team.

Harry previously requested a trade but has since said he’d be fine staying in New England. The former 2019 first-round pick has had a rocky start to his career, but he impressed during training camp this season. This is viewed as a pivotal year in determining the trajectory of his career.

Rapoport said it’s less likely that Harry will be traded now, due to the injury, and it’s possible the Patriots could put him on injured reserve to open the season. He added that the Patriots have plenty of options, but the injury does complicate an already-murky situation.

While Rapoport pointed out that it’s common to trade players right before the season, around roster cut day, he indicated that this scenario is a bit different. 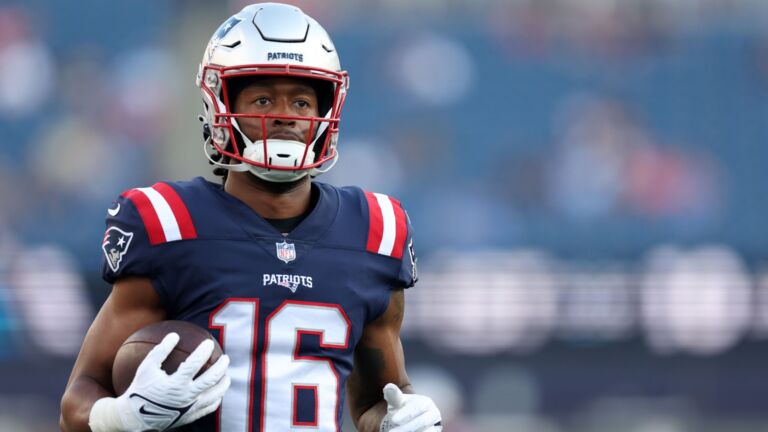 Here's the latest update on Jakobi Meyers ahead of Patriots' matchup vs. Ravens