The Patriots still haven’t made a final decision on their starter at quarterback, but according to offensive coordinator Josh McDaniels, the job still belongs to Cam Newton for the time being — not rookie Mac Jones.

Newton went 8-for-9 as a passer in the Patriots’ 35-0 win over the Eagles on Thursday, good for 103 yards and a touchdown. Jones was impressive as well — 13-for-19, 146 yards — but even on draft night, Bill Belichick said Newton is the starting QB until Jones unseats him.

On Sunday, Patriots offensive coordinator Josh McDaniels told reporters the decision still hasn’t been made but Newton has not yet been unseated.

“I know this is going to sound silly, but I haven’t really worried about it,” McDaniels said. “I think that decision from Bill (Belichick) will be made when the time is right to make it. Cam certainly is the starter now, and he has done a good job. He has gone in there, he played well the other night. He’s practiced well. But, I know those guys are really competing hard and we’re giving them an opportunity to compete and play a lot of football.”

McDaniels noted the importance of the quarterback position.

“We need to be able to play consistently well,” McDaniels said. “We need to communicate well. We need to make good decisions. We need to throw the ball accurately. We need to protect the football and not give it away.

“To me, I look at those guys in the same light in regards to what we’re trying to accomplish. Ultimately, when any decision is made based on who is going to play more or less on our team, those decisions will be made when the time is right and we’re going to go forward and try and play the best we can.”

Additionally, McDaniels said he hasn’t thought about playing both players in tandem, even though the team is pleased with both players.

“Everything isn’t perfect,” he said. “We still have a long way to go and things we can work on and improve and make better, but I think the desire to do it, the way we want to do it to the standard that we’re trying to hold them to I think is right where we want it to be.” 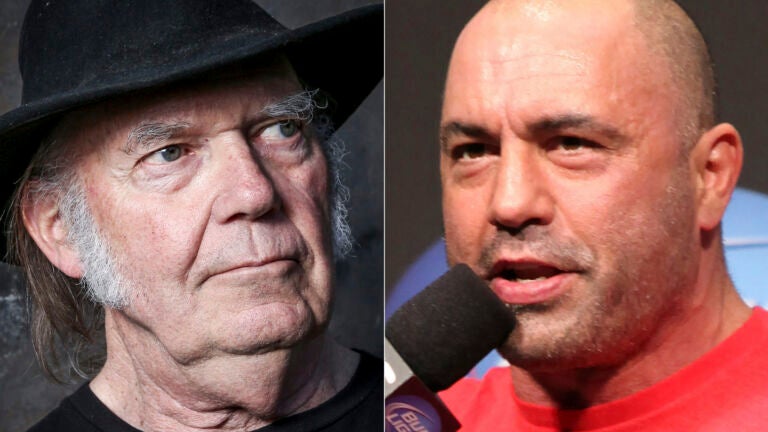 Spotify removing Neil Young songs after he complains of ‘misinformation’