As the preseason winds down, and the regular season approaches, Patriots rookie quarterback Mac Jones seems to be garnering more and more praise every day.

The latest compliments come from veteran linebacker Dont’a Hightower, a fellow Alabama product who called him “a sponge” earlier this summer. Hightower, speaking to reporters Thursday, indicated that Jones’s preparation is very advanced for a player in his spot.

“Mac is a terrific kid,” Hightower said. “He works hard. Real smart dude. He’s going to go over the edge. I’ve been impressed with him since OTAs and how hard he works.”

Hightower said he found out Wednesday that Jones has been looking at defensive plays so he can assess what he sees and how the Patriots operate in all facets.

“I give him credit for that,” Hightower said. “Not a lot of young guys would see that as an opportunity. If you take that for what it’s worth, the kid works hard.”

Jones and the Patriots are set to close out the preseason against the New York Giants this Sunday at 6 p.m. He and Cam Newton are both vying for the starting spot in the regular season. 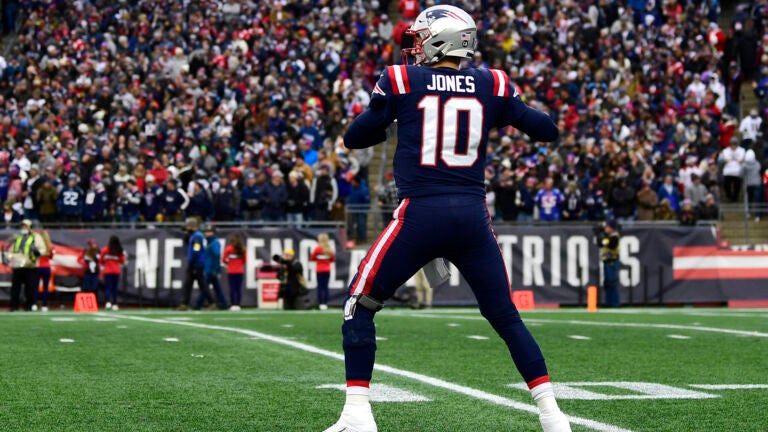 Here's what Mac Jones said about crucial contest vs. the Bills on MNF