Try to contain your shock at Bill Belichick’s answer to a question Monday morning about when he’ll officially name the Patriots’ Week 1 starter at quarterback:

“What we’re going to do is what we feel is best for our football team, and that’s what it will be.” Groundbreaking stuff.

Of course, there’s little reason to expect Belichick would do anything differently with two weeks to go before the Patriots kick off their regular season against the Miami Dolphins.

Whether he admits it or not, he’d been milking the uncertainty around the competition between Cam Newton and Mac Jones as much as possible heading into his team’s 2021 campaign.

All the signs currently point to Newton starting, given that he has started off every drill and preseason games so far and has gotten the majority of the reps with the starting offensive line.

That said, Jones’s strong play in camp and preseason could conceivably grant him the job as well. While he struggled in his first few series against the Giants starters Sunday night (albeit playing with Patriots backups), the first-round rookie quarterback had a good second half to close out his preseason on a higher note.

“It is a tough decision from what I understand,” ESPN NFL insider Dan Graziano said of the Patriots quarterback situation on the “Get Up!” show Monday morning.

“Mac Jones has done everything right to make it as difficult as possible on Bill Belichick to make this decision. Cam Newton, my understanding is, hasn’t done much wrong. He just hasn’t done anything to widen the gap between him and the rookie.

“It’s entirely possible, from my understanding, that he does pick Mac Jones to start Week 1, and if he doesn’t, I don’t think anybody is expecting it to be long before they make the switch.”

Jones has certainly had much more opportunity to showcase his talents in the preseason than Newton, who only played seven total series in three exhibition games.

Belichick suggested that was somewhat by design: the Patriots have seen what Newton can do but wanted a better idea of how Jones would respond to NFL competition.

“Players that have played a long time got fewer snaps, and players that haven’t played as much — rookie players, younger players — got more snaps,” he said. “And again, you balance off the game snaps with the practice snaps. It’s a big composite…we have a volume of work to look at.”

More than a few NFL analysts see Jones’s improvement over his whole body of work as more than enough reason to anoint him the Patriots’ starter for September 12 against Miami.

ESPN “Get Up!” guests Dan Orlovsky, Jeff Saturday and Dominique Foxworth all jumped aboard the Mac Jones train on Monday morning’s show when asked who should win the Patriots starting job.

The former NFL quarterback went on to say that Jones would be on the shortlist for Offensive Rookie of the Year if given the chance to start right away and could close the gap quickly between the Patriots and the Buffalo Bills.

Saturday, who played alongside Peyton Manning in Indianapolis, said the rookie quarterback’s potential with a much-improved Patriots roster is “scary.”

“It just fits,” the longtime center said. “You can see he elevates those around him. That’s what the Patriots look for…when you have a guy who hits the huddle and has that type of sharpness and that type of composure, it should put fear in a bunch of teams in the AFC.”

Foxworth, on the other hand, didn’t have as many grandiose predictions about Jones’s future. But he did say the first-round pick was “fantastic” and compared his ability to throw receivers open to former Cowboys quarterback Tony Romo.

“I’m watching Mac Jones and I’m seeing that for a rookie?” He said. “Right now, I know they’re not first-round defenses [he’s going against]. I know they’re not doing sophisticated schemes. But for him to be doing that already, it makes the decision quite easy for me. And I love Cam Newton. But it seems to me that there’s no competition to me. I would start Mac Jones even given that I wasn’t high on him before the draft.”

Will Belichick agree? Again, every sign the Patriots have given suggests that Newton will start the season as the team’s quarterback. Perhaps the answer isn’t really all that complicated after all.

But every second Belichick doesn’t pronounce Newton as “the guy” is another moment people will spend suggesting Jones is really the starter all along. 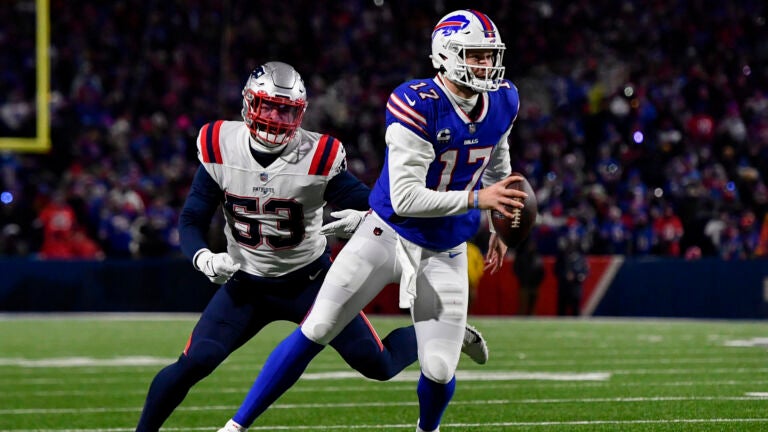