The Patriots moved on from the Cam Newton era on Tuesday — cutting the veteran in a surprise move that officially made Mac Jones the team’s new starting quarterback with the season looming.

So what’s next for Newton? The 32-year-old will likely have a hard time securing a starting job, but he should have options if he’s willing to accept a back-up role. As ESPN noted, Newton has 45 wins as a starter since 2015 and while his accuracy left a lot to be desired last season, he was a useful player for the Patriots in several ways. According to ESPN, teams around the league believe that Bill Belichick appreciated Newton so much, he gave the veteran the choice to back up Jones or look for a new opportunity.

If he was indeed given that option, Newton clearly chose to look for a new opportunity. Here are a few of the teams that might be interested in offering him one.

The Ravens have a run-first offense tailored for Lamar Jackson, which could benefit Newton if Jackson suffers an injury. Newton averaged 4.3 yards per carry and nearly 40 yards per game last season with the Patriots — down from his career average of 5.0 yards per carry but still productive.

The Texans were almost immediately connected to Newton after news broke that he would be available. Another team with a dual threat at QB, the Texans need to consider the implications of Deshaun Watson’s legal problems. Bringing in Newton would give them a starting-caliber back-up who also provides a positive locker-room presence — something Houston might value greatly if their season is as tumultuous as it appears.

Per ESPN, a few league executives floated the Steelers as a possibility. Mason Rudolph struggled to fill in for Ben Roethlisberger, and the Steelers’ weren’t certain about their back-up quarterback situation in recent weeks. Roethlisberger is 39, and Pittsburgh might appreciate a seasoned veteran on its bench in case of emergency.

The Vikings were another team mentioned by executives speaking with ESPN. Kellen Mond — currently the QB2 in Minnesota — was a third-round pick, and executives aren’t certain he’s ready yet.

One potential hang-up: If Newton is indeed unvaccinated against COVID-19, he would join both Kirk Cousins and Mond. Mond recently recovered from a bout with COVID.

Cowboys quarterback Dak Prescott has had injury issues in recent years, and the only back-up on the roster is Cooper Rush. Per reports, the Cowboys do indeed plan to take a closer look at the viability of bringing Newton aboard. 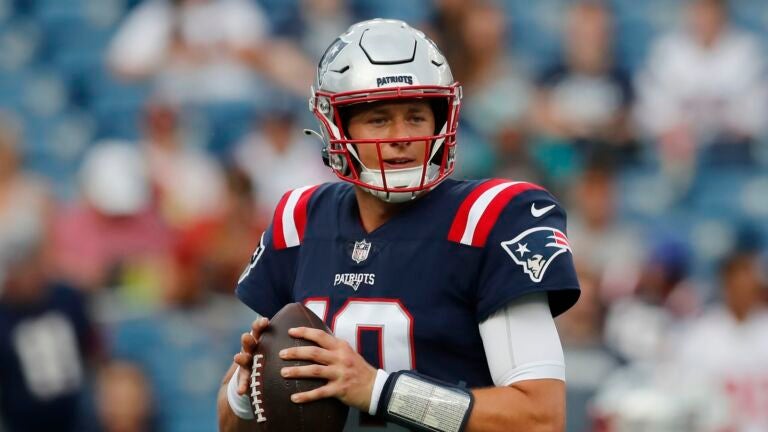