Patriots tight end Hunter Henry was out for the entirety of the preseason due to a shoulder injury he sustained at the beginning of August, but his absence from training camp seemed to not stop him from expecting to join the team Sunday for a Week 1 matchup with the Miami Dolphins.

When asked in a video press conference Monday whether he had any doubts about playing on Sunday in the Patriots’ first game of the season, Henry pushed back.

“I wouldn’t say doubt,” Henry said. “I’m just trying to get better every single day. Applying myself everyday and be ready to go come Sunday.”

According to ESPN, the shoulder injury occurred during a one-on-one blocking drill at a full-pad practice. Henry left practice with a member of the medical staff and later had an MRI. A source also told ESPN that the injury was not serious and he would only miss a couple of weeks.

During the press conference Monday, Henry added that he had made “a lot” of progress and that he was excited to be playing alongside rookie quarterback Mac Jones.

More will be known about Henry’s status on Wednesday when the Patriots are expected to submit their first practice/injury report for this season.

Henry was signed onto the Patriots for a three-year, $37.5 million contract during the offseason. Prior to joining the Patriots, he played five years for the Los Angeles Chargers. 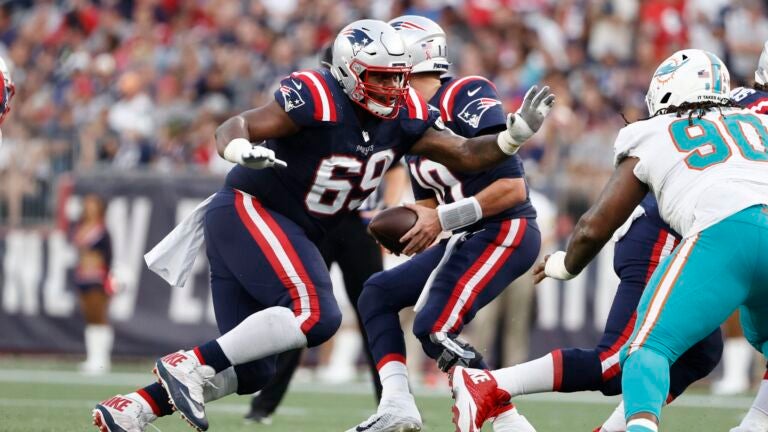