What did Mac Jones do once he found out he’d be the Patriots’s starting quarterback for the 2021 season as a rookie (after getting some practice in and taking care of business at Gillette Stadium)?

He called his parents, of course.

“They were obviously excited,” he recalled on WEEI’s Merloni and Fauria show Tuesday afternoon. “They’ve been supportive all the way through.”

Later, he told his girlfriend, who famously has helped Jones learn the dense Patriots playbook, the news as well.

The messages they had for Jones, a rookie who just beat out former MVP Cam Newton in the NFL’s most-publicized quarterback battle, were similar across the board: “They were excited for me, but they just said, ‘Keep working’…keep doing what I’m doing. Things will play out how they’re supposed to play out.”

At the moment, that means preparing to take the helm for a revamped Patriots offense and a team looking to him to help them get back to the top of the NFL for years to come.

Jones revealed he learned he would be the team’s starting quarterback in team meetings before the Patriots cut their roster down to 53 players last Tuesday, which he called “a tough day for everybody.”

“Just to be in that room and be where I’m at right now as a rookie, just to hear that, it’s hard for everybody because there are a lot of teammates on that day that got let go,” he said.

One of those teammates cut loose last Tuesday was Jones’s main competition for the starting job: veteran quarterback Cam Newton.

“He was a really good mentor to me,” Jones said of Newton. “Ever since I came here, he knew I was here to help him and he was here to help me. I never felt like we were butting heads or anything like that. Obviously, Cam’s a great guy and a great player, and hopefully he lands somewhere. I definitely learned a lot from him.”

Though Newton had received the lion’s share of the starting reps throughout training camp, Jones’s performance and quick development won over the coaching staff and earned the rookie the starting job.

He especially seemed to surge ahead in the quarterback competition with Newton out of action due to a COVID-19 protocol mishap, dominating a joint practice session against the Giants as the team’s No. 1 quarterback.

Once the team saw they were in good hands with the rookie Jones, the Patriots made Newton a surprise cut last Tuesday morning, all but announcing the first-round pick would be the Patriots’s starting quarterback for Week 1 against Miami.

When asked if he was surprised to win the job, Jones said, “Not really,” reiterating that he prepared to be the starting quarterback all along.

“Looking forward, it’s a great opportunity,” he said. “It’s something I always wanted to do was be an NFL starting quarterback. But [the title] doesn’t mean much. The label is the label, but you still have to go out there and produce.”

That will begin with leading the Patriots against the division rival Miami Dolphins, who will be led by former Alabama teammates Tua Tagovailoa and Jaylen Waddle, in Jones’s first-ever regular-season action.

Fortunately, he has a coach who has made life difficult for many a rookie quarterback on his side in Bill Belichick.

“Obviously, he has a defensive background, so if I ever have a question, I’ll always ask him,” Jones said of the longtime Patriots coach. “In terms of advice, he just tells me to focus on what I need to do and block out everything. That’s what I’m going to do this week…that’s his philosophy is to just do your job, and everything will play out how it’s supposed to.” 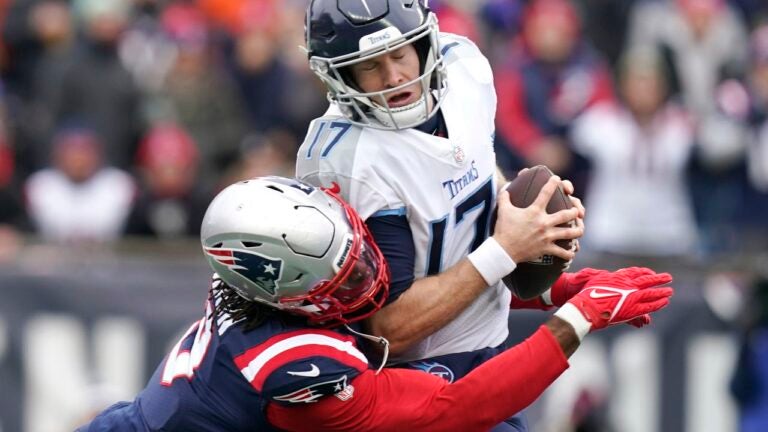