“It was the classic thing that you wouldn’t expect to happen, and that was to give the ball away, give the goddamn game away in the last few minutes of the game when we’re in scoring position,” Fears said. “That was a hard one.”

Fears said it stings for Harris but that he’s confident he’ll come out OK from it because of the kind of person and player he is.

Harris, speaking on WEEI’s “Gresh and Keefe,” said the most important thing to do after a mistake like that is to move forward. He said it’s a long season and this is just the beginning.

“It sucked,” Harris said. “You never like to lose, obviously, but there’s a lot of football left to play. You can’t spend time lingering on what happened before.”

Harris, who rushed for 100 yards on a career-high 23 carries in New England’s 17-16 loss, called it a tough finish and acknowledged that he could have given the Patriots a better chance to win. At the same time, he’s made it clear he won’t let it define his season.

“It’s in the past,” Harris said on “Gresh and Keefe.” “That was last Sunday and we have a new challenge this week. We’re playing a great New York Jets team, so we’re just trying to look forward and see what we can learn from last week and just improve.” 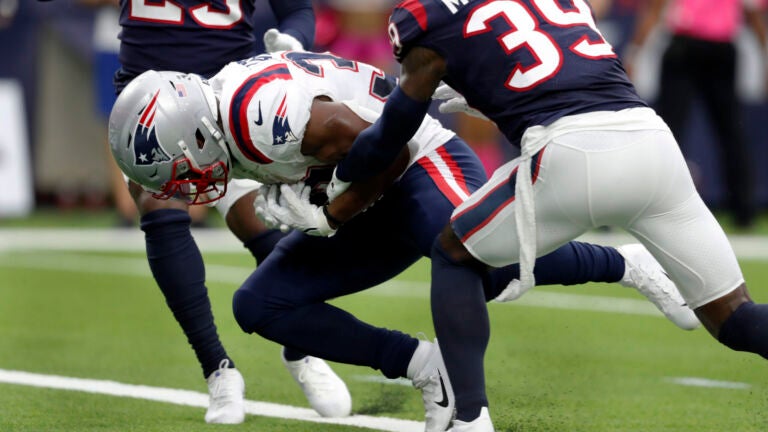