Bill Belichick and the Patriots might be a Week 1 fumble away from entering Sunday’s game against the Saints 2-0.

Instead, Mac Jones the Patriots will need a big performance against a solid team to avoid falling back below .500. On Wednesday, Belichick answered several questions about the Saints and what the Patriots see when they watch their Week 3 opponent.

Here are seven reasons why Belichick thinks it could be a challenge.

Alvin Kamara: A perfect running back?

The Patriots seem to have gotten the message from Belichick regarding the dangers of the Saints’ RB.

“If you were trying to build a perfect back,” Dont’a Hightower told reporters on Wednesday, “he essentially has everything you need.”

Kamara is yet to score a touchdown this season, but he has 59 for his career.

“He does everything well,” Belichick said. “Very good in the passing game. His production has been phenomenal. … His yards from scrimmage, he’s been at the very top since he’s been in the league. He’s got good speed, quickness. He’s tough to tackle. Good vision. Versatile guy. Get him the ball a lot of different ways, and they do, and he produces with it.

“He’s a guy you got to keep your eye on at all times. He plays on all three downs, so he’s always in there.”

Belichick said head coach Sean Payton and the Saints mix up the looks around Kamara, making it difficult to project exactly what a play will look like.

“Sean’s very, very good at creating those situations with the defense in conflict,” Belichick said. “They go fast and they get on you quick, and a lot of times you just recognize it just a split second too late.”

Dennis Allen has been the Saints’ defensive coordinator since 2015, and the last two seasons, they have had one of the best defenses in the NFL.

Belichick noted that the defense is experienced and difficult to trick.

“Misdirection plays, traffic-type patterns are tough reads for certain zone coverages that you try to stress one or two of the zone defenders, and they just do a real good job with that,” Belichick said. “And again, the running game — that’s a lot of technique and discipline. That’s guys that can defeat blockers and defend their space. Good run support, and obviously good tackling, but they do an excellent job of playing good, disciplined defense across the board.

“They’re a hard team to hit big plays on, and they mix in enough pressure to keep you honest. Just really solid across the board.”

The Saints have a huge playbook.

Kamara isn’t the only player for whom Payton can throw out a series of looks.

“There’s also a lot of things the Saints do well that are hard to stop, and [Payton] has good compliments to all the plays, so if you stop one thing, he’s got something else to go to,” Belichick said. “It’s hard to stop both of them, so between all of what he has and exposing the defense’s weaknesses from week to week, that’s why they’ve led the league in offense for the last 15 years.”

A reporter asked Belichick why it’s important to keep Saints quarterback Jameis Winston in the pocket.

“If you’ve seen him run with the ball, then I don’t know why you’d want him out running with the ball in space,” Belichick said sardonically. “I don’t think that’s a good idea at all. He’s hard to tackle. He’s fast. He runs over people. I don’t think you want him running wild in your secondary.”

Of course, Winston isn’t easy to contain in the pocket either — he threw for more than 5,000 yards in his final season with the Buccaneers.

“I think fundamentally he’s just a big, strong guy that can throw the ball accurately,” Belichick said. “He’s very good down the field. He’s a tough guy to tackle. He’s strong in the pocket. He can make every throw on the field. I mean, he’s pretty good.”

Deonte Harris is a tough cover

Belichick scouted the 5-foot-6 receiver when he played a few miles west of the Patriots on the Mass Pike at Assumption College in Worcester. Harris has only been targeted four times this season, but he has 81 total yards and three touchdowns.

“That’s one of the top guys in the league,” Belichick said. “He’s fast, quick. He’s an explosive guy. He’s obviously not very big, but if he gets the ball in space, he’s dynamite.”

Hill played a staggering 10 different positions for the Saints during the 2019 season, including quarterback, running back, full back, tight end, and wide receiver.

“He’s a pretty special athlete and a special player,” Belichick said. “He does a good job in the kicking game, and he’s fast. He’s got good size. He’s pretty instinctive in terms of as a defensive player, finding the ball and playing with leverage and that kind of thing, and then he gives you plays at tight end or he’s got size to be competitive as a blocker and the speed on over routes, crossing routes, seam patterns, run after catch, things like that, and then he can go in the backfield, throw the ball competitively and also be part of the quarterback run game, so, in fact, he’s smart enough to do all those things.

“He has enough technique or skill at each of the positions to do them and keep up with whatever the game plan is.”

The Patriots have a strong defense. How strong? That question might have a clearer answer Sunday after facing the Saints than it did facing the Jets and rookie quarterback Zach Wilson last week.

“[The Saints] emphasize doing whatever the defense is not very good at,” Belichick said. “That’s what they emphasize. If you’re not very good at something, you better expect to see a lot of it to even show them that, you know, then they’ll go to something else, but he’s got plenty to choose from.” 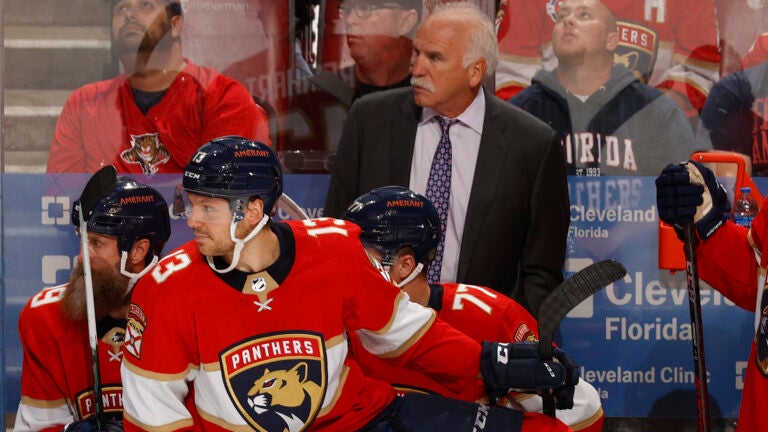