Guerrero told the Boston Herald‘s Karen Guregian that he thought Belichick “was still trying to treat [Brady] like that 20-year-old kid that he drafted,” adding that Brady’s “older, so he should be treated differently.”

Lombardi, who was on the Patriots’ staff from 2014-15, referenced in an interview with WEEI’s “Merloni & Fauria” on Friday how Belichick made an effort to reach players of all ages in different ways.

“I didn’t understand what Alex was talking about,” Lombardi said, “because we spent a lot of time bringing people in to talk about how to deal with millennials and how to bridge the generational gap with Tom as he was getting older to some of the younger players on the team. How do we bridge that gap? I know Coach Belichick spent a lot of time in the 2015 offseason on that.

“So I’m not sure what Alex is talking about. I mean, Alex was allowed to come in the building and work his craft and build his business up in that building, when a lot of people were not really of the ilk to believe that what he was doing was in compliance with what the training staff was doing. So I don’t understand why people talk like they do, because sometimes they don’t make sense to me. They have very short memories about what actually happened.”

Belichick was asked about Guerrero’s comments on Friday, but didn’t give much of a response.

“I appreciate the question,” Belichick said when asked about Guerrero’s comments. “I know there’s a lot of interest for obvious reasons in next week’s game, but we’re focused on the Saints here, and on Monday we’ll get to next week.”

Safety Devin McCourty, who’s in his 12th season with the Patriots, also gave a different view than Guerrero on how Belichick treats players based on their experience.

“I remember hearing Jimmy Johnson speak my rookie year. He came to visit, and said every player will be treated fair, but not exactly the same,” McCourty told WEEI’s “The Greg Hill Show” on Friday. “Even if you take away age, I think each player is treated differently, because of experience, because of what you lean off of from a signal-caller standpoint, like the quarterback position, middle linebacker, safeties, different guys on special teams, whether it’s the kicker or long-snapper. I think everyone is treated differently based on what the team is counted on to do, and what the head coach needs from you and expects from you.”

Belichick and Brady will go head-to-head on the field for the first time one week from Sunday when the Patriots host the Buccaneers. 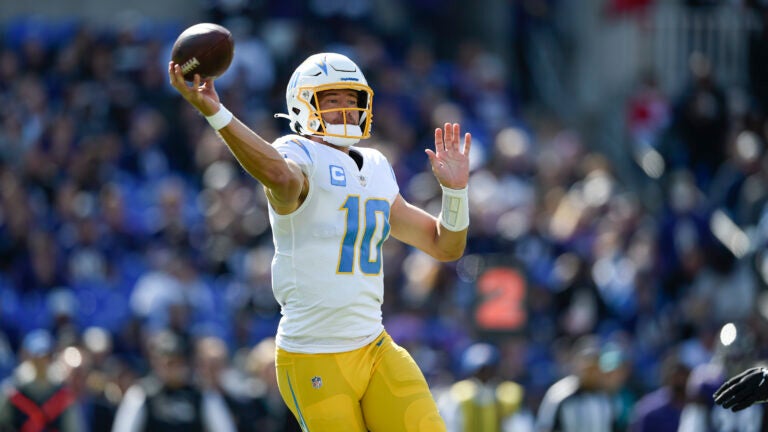