Running back James White suffered a hip injury during the Patriots’ 28-13 loss to the Saints on Sunday and didn’t return to action.

After the game, the Patriots had no update on either White’s injury or his prognosis. Bill Belichick said only that he saw White after the game and that “we’ll see” how long White misses.

White went down early in the second quarter after a six-yard run, tackled by Demario Davis. The eight-year veteran immediately grabbed at his right hip and didn’t get up. His teammates surrounded him, and he was eventually helped onto a cart and taken off the field.

Center David Andrews reiterated what both Jones and Belichick said about the uncertainty surrounding White’s injury.

“We don’t really know what happened, but you hate it and for a guy like that, who really does give his all to this team, day-in and day-out,” Andrews said. “The world could use some more James Whites.”

Brandon Bolden told the media that “y’all actually holding me up right now” — he hadn’t had a chance to talk to White after the game.

White has spent all eight years of his career with the Patriots.

“I have always been a fan of him from just watching football throughout my life,” Kendrick Bourne said. “I’ve seen James since I was young and then meeting him in person, it was like, ‘wow he is who he looks like on TV.’ So, to lose him is crucial.”

“A lot of guys look up to James White,” Jakobi Meyers added. “I know I do.” 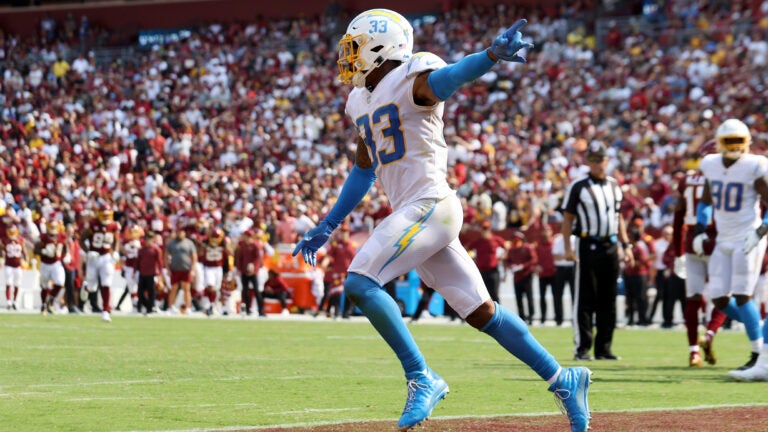 Four Chargers to watch against the Patriots in Week 8