If you had any doubts about how Tom Brady would be received in his return to Foxborough to face the Patriots, they were answered the moment he set foot on the field.

Brady took the field during warmups to a stirring reception from the Foxborough Faithful as he ran out of the visitors’ tunnel at Gillette Stadium for the first time in his NFL career.

The crowd even broke into chants of “Brady, Brady!” for the former Patriots legend, who brought the franchise six Super Bowl titles before leaving in free agency before last season.

Brady responded in kind, running the length of the field and delivering his patented first pump for the capacity crowd here to see his return.

The quarterback also notably hugged Patriots offensive coordinator Josh McDaniels — Brady’s old OC and quarterbacks coach — as he circled back toward his own sideline for warmups.

Brady also received loud applause when he took the field before the opening kickoff. But once the game started, the love fest was over with.

The Patriots faithful booed Brady on the Buccaneers’ first offensive drive and lustily cheered when New England’s defense forced a punt, as the reality of Brady as an opponent set in. 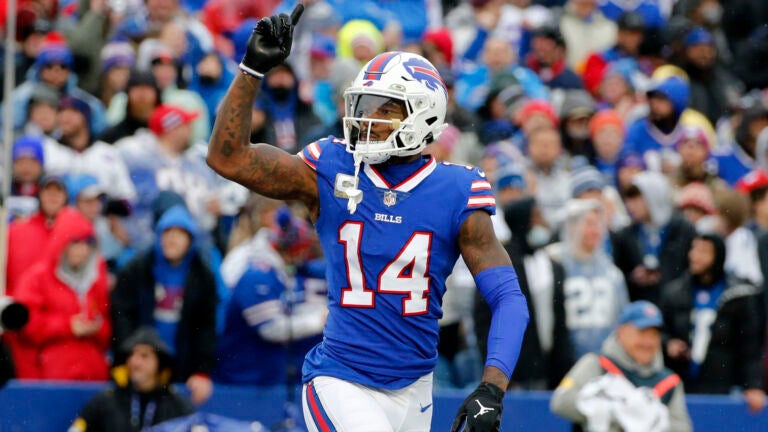