The Patriots’ offensive line situation may have just gotten a lot worse.

It is unknown whether either or both players have tested positive for COVID-19, who their close contacts may have been or whether either player is vaccinated.

The vaccination question is relevant to both players’ possible availability to play against the Houston Texans this week.

Vaccinated individuals who test positive for COVID and are asymptomatic “can return to duty after two negative tests 24 hours apart,” according to NFL protocols. As such, there is a chance, though maybe an unlikely one, that the two affected Patriots could play Sunday if they are vaccinated and asymptomatic.

On the other hand, unvaccinated players who test positive for COVID-19 must continue to isolate for 10 days regardless of whether they are symptomatic, which would then put a player at risk of missing two games.

The COVID situation comes as the Patriots offensive line continue to be without starting right tackle Trent Brown (calf) and have struggled to protect Mac Jones from taking hits.

Wynn, in particular, has surrendered 13 quarterback pressures this year, according to Pro Football Focus, which ties him for the team lead with backup right tackle Justin Herron. 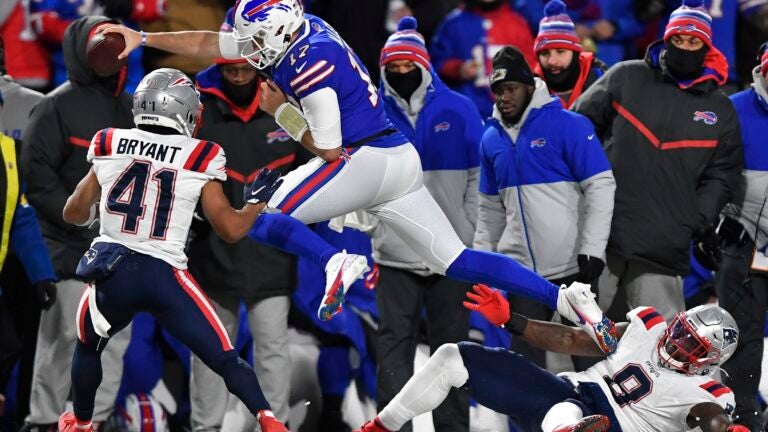 The Patriots’ message was clear: We’re the favorites in the AFC