It appears the Patriots made one last effort to keep Stephon Gilmore in Foxborough before trading him to the Panthers on Wednesday.

New England offered the cornerback a “chance” to restructure his deal prior to the trade, NFL Network’s Mike Garafolo reported Saturday.

“There’s a lot factors in play [as to why the Panthers only gave up a future sixth-round pick for Gilmore], Garafolo said on NFL Network’s “Good Morning Football.” “First of all, there were a lot of teams that were tight to the cap – including the Patriots, who, by the way, offered Gilmore a chance to restructure in a way he could’ve earned more money than what was on the books.”

The Patriots’ offer came with a caveat though.

Gilmore’s contract dispute with the team was one of the storylines surrounding the star corner entering the season. Gilmore’s on the last year of his contract, which was set to pay him $7 million this season if he stayed in New England. In July, Gilmore told reporter Josina Anderson “I just want what I’m worth, however that plays out. Every player should be paid what they’re worth. That’s just how it is.”

The other storyline surrounding Gilmore is his quad injury, which he suffered in Week 15 of the 2020 season. Gilmore didn’t practice in pads during training camp and was placed on the physically unable to perform list, keeping him out for the first six weeks of this season.

In his report, Garafolo mentioned that Gilmore was receiving texts from star quarterbacks across the league when it was first reported that Gilmore was going to be released. The Patriots opted to trade him instead, and Garafolo speculated on a reason why Gilmore went to the Panthers.

“About 1:30 p.m. eastern [on Wednesday], they said ‘We’ve got our move. We’re going to make out trade right now and it’s to the Panthers.’ Get him out of the division. Get him out of the conference, that’s my hunch anyway. They sort of did that with Jimmy Garoppolo,” Garafolo said. “I think they wanted some control on where he was going to go. If he were a free agent, he could’ve gone anywhere.” 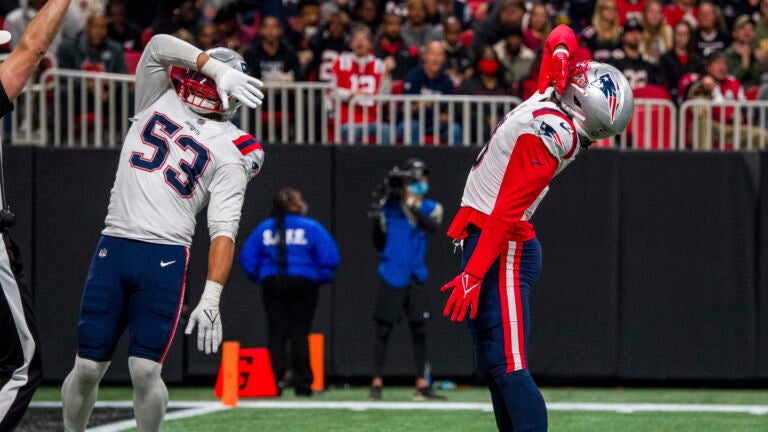