Nick Folk got his chance at redemption on Sunday.

The veteran kicker made all four of his field goals in the Patriots’ 25-22 win over the Texans, including the game-winning field goal with 15 seconds left.

Sunday’s game-winning kick helped Folk avenge his missed extra-point attempt in the first quarter. It also came a week after Folk missed a 56-yard field goal that would’ve given the Patriots a two-point lead over the Buccaneers with less than a minute remaining.

Even though he had a costly miss last week and one that could’ve cost the Patriots another win this week, Folk tries not to think about his previous misses when his number’s called.

“You’re only as good as your next kick, so you’ve just got to worry about the next one,” Folk said. “Last one didn’t matter (after) last week. Took the corrections from it and fixed some stuff from there. The most important one’s the next one, so we’ll look at this and move on to Dallas.”

This week’s game-winning field goal attempt was much shorter than last week’s, with Folk only having to make a 21-yard field goal to win the game on Sunday.

Folk didn’t feel like he had to make a long field goal to make up for last week’s miss, saying he just wants to make “whatever the team needs.” He compared his approach to kicking after missing previous kicks to a popular movie character.

“That’s me. I want to get back out there and help the team win as best I can.”

After dropping the “Top Gun” reference, Folk called it a top five movie and joked about how his younger teammates probably have no clue what he’s talking about.

One of the younger teammates Folk had good things to say about was quarterback Mac Jones. The rookie led the Patriots on a 15-play, 84-yard drive that lasted seven minutes to set Folk up for the game-winning kick.

Folk shared how impressed he was by Jones’s ability to lead the Patriots on a game-winning drive.

“He’s showing a lot of composure. He’s doing a great job,” Folk said. “He’s learned a lot along the way. He’s taken a good lead and leading some good drives at the end of games. I mean, he got us in field goal range at the end of last week as well to give us a chance. He’s doing a job and I can’t say enough good things about him.” 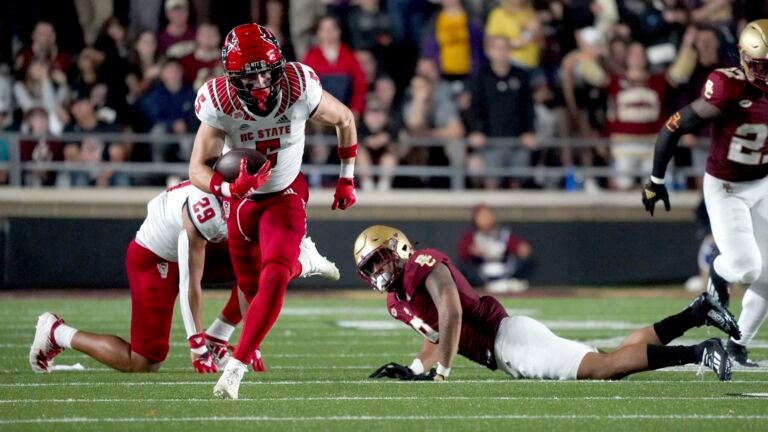