Dallas hadn’t won at New England since 1987 and was 0-5 against Belichick. The Cowboys (5-1) have won five straight, their longest winning streak since 2016.

The Cowboys led 17-14 entering the fourth quarter, and that’s when the fun began. The teams traded five scores in the period, three in the final 2 1/2 minutes.

New England (2-4) was clinging to a 21-20 lead when sensational Cowboys cornerback Trevon Diggs intercepted Mac Jones and returned it 42 yards for a touchdown — his seventh pick and second pick-6 of the season — to put Dallas ahead 26-20. On the next play from scrimmage, Jones hit Kendrick Bourne for a 75-yard score. Jones hooked up with Jakobi Meyers for the 2-point conversion.

But Prescott led the Cowboys on a 40-yard drive and Greg Zuerlein’s 49-yard field goal sent it to overtime. Dallas ended it after New England punted on its first possession as the Patriots dropped to 0-4 at home for the first time in Belichick’s 22 years as coach. 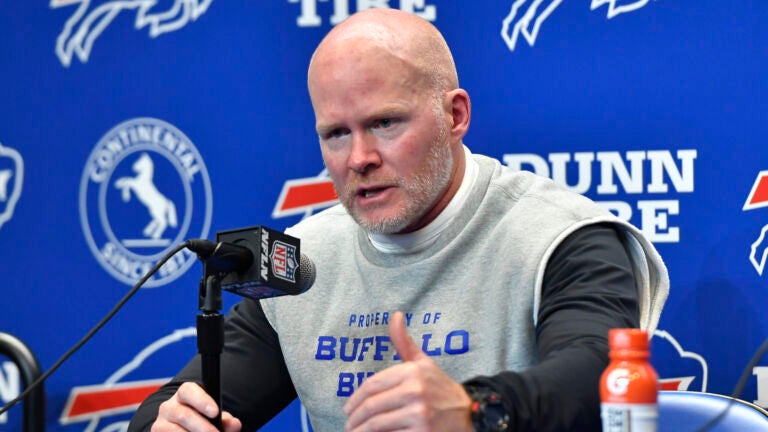 'With all due respect, it's not a Bill Belichick-type thing': Bills' coach, players frustrated after loss