The Patriots took another hit to their secondary on Saturday.

Cornerback Jonathan Jones was placed on injured reserve, ruling him out for at least the Patriots’ next three games. Jones was already ruled out for Sunday’s game against the Jets due to a shoulder injury. He was originally injured in last week’s game against the Cowboys, returned to that game, but missed all three practices this week.

Jones has been the Patriots’ top slot corner this season, recording 18 tackles, three passes defended, and an interception while playing in 54 percent of the team’s snaps this year.

New England will also have its other starting corner, J.C. Jackson, playing on Sunday, but after Jackson and Mills, the Patriots’ depth at corner is a bit thin with Jones out. The Patriots have Justin Bethel, who’s primarily used as a special teamer, Myles Bryant, who was called up from the practice squad this week, and Joejuan Williams, who’s struggled to get playing time, as their other three corners for Sunday.

Ferentz has been called up from the Patriots’ practice squad the previous two weeks and started at left guard in both games. With starting right guard Shaq Mason questionable for Sunday’s game, Ferentz could start again this week as his starts in the last two weeks came with Mason out. This is the last time the Patriots can call Ferentz up from the practice squad, meaning they’ll have to sign him to the active roster if they want to keep him around.

Ekuale is in his fourth season, spending the first three seasons of his career with the Browns and Jaguars. The Patriots signed Ekuale to their practice squad in September prior to Week 1, where he’s been ever since. 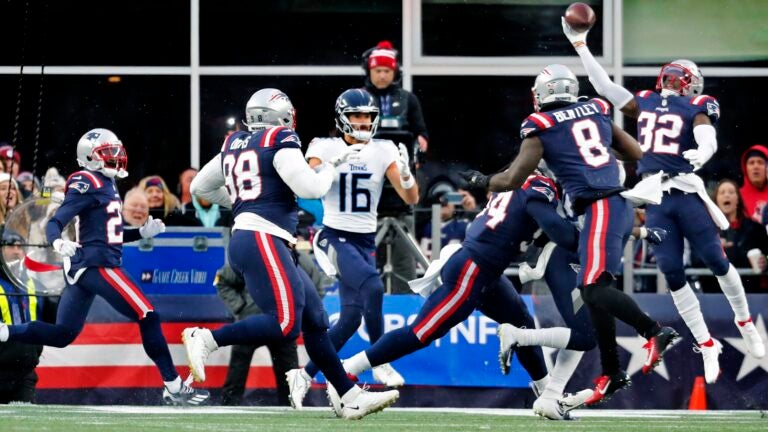