The Panthers will have two key players available to play for Sunday’s matchup against the Patriots.

Star running back Christian McCaffrey was activated from injured reserve on Saturday, making him eligible to play in Sunday’s game. Starting quarterback Sam Darnold was also cleared to play after spending the past week in concussion protocol.

McCaffrey’s missed the Panthers’ last five games due to a hamstring injury he suffered in the team’s Week 3 win over the Texans. The Panthers went 1-4 in his absence.

McCaffrey combined for at least 30 rushes and receiving targets in each of the Panthers’ first two games of the season, rushing for a total of 170 yards and had 154 receiving yards over those two games. But it doesn’t appear that McCaffrey will get a similar workload if he plays on Sunday. While Panthers head coach Matt Rhule is “hopeful” McCaffrey will play, he shared McCaffrey would probably only see limited reps if he does play.

As for Darnold, there’s still a chance he might not play. Darnold’s also dealing with a shoulder injury, which Rhule said could be bad enough for P.J. Walker to start with Darnold available off the bench.

Walker’s filled in for Darnold twice this season. He threw just one pass after Darnold suffered a concussion in last week’s win over the Falcons. A week prior, Walker entered the game against the Giants for a struggling Darnold. Walker completed just three of 14 passes for 33 yards against New York.

As for the Patriots, they elevated receiver Kristian Wilkerson from the practice squad on Saturday. Wilkerson, who’s in his second season on New England’s practice squad, played in just one game last season. Wilkerson had 13 receptions for 147 yards during the preseason.

Wilkerson’s call up could be insurance for N’Keal Harry in Sunday’s game. Harry’s one of 13 Patriots players who are listed as questionable for Sunday’s game. 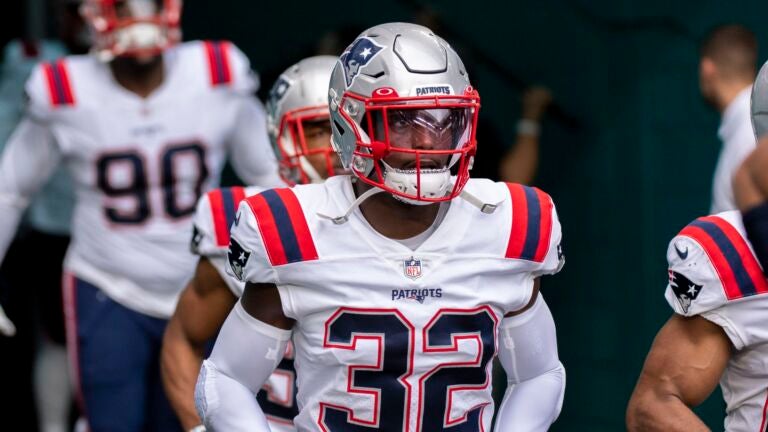 Devin McCourty weighs in on his future with the Patriots