Bill Belichick lost too much of his support staff. Also known as the “Foxboro brain drain,” this is the only one on this list I personally believed had some credence.

Nick Caserio, a member of the Patriots’ staff since 2001 and the director of player personnel since ‘08, left in January to become general manager of the Texans. The mysterious Ernie Adams, Belichick’s trusted second set of eyes, retired. Matt Patricia came back, which seemed like a negative after a disastrous, pompous tenure coaching the Lions. After the 2018 season, de facto defensive coordinator Brian Flores left to coach the Dolphins, taking three assistants with him. Joe Judge landed the Giants’ head coaching job last year.

Since the Super Bowl LIII win over the Rams, the Patriots endured a significant exodus of coaching and personnel experience, not to mention of people who understood precisely what Belichick wanted. It was fair to wonder if the assorted departures left him with too little experience on his staff and thus too much on his plate.

But this season has been a reminder of something we never should forget going forward: As long as Belichick himself is still here, it doesn’t matter a whole lot who has moved on. Turns out he can develop coaches as well as players. Funny how the nonsense about Steve Belichick being a nepotism case has stopped, isn’t it?

Belichick the GM is killing Belichick the coach. Belichick has been named The Associated Press NFL Coach of the Year three times, in 2003, ‘07, and ‘10. (In 2001, when the Patriots emerged as perhaps the most unexpected Super Bowl champion the league has ever seen, the Bears’ Dick Jauron won the award.)

He’s the betting favorite to win it a fourth time this year, but the award he really deserves is executive of the year. His most recent draft class, in which he stole quarterback Mac Jones with the 15th pick, defensive lineman Christian Barmore 38th, and running back Rhamondre Stevenson 120th, might be the Patriots’ best since selecting the likes of Ty Warren, Asante Samuel, Dan Koppen, and Eugene Wilson in 2003.

And his free-agent shopping spree, in which he spent $163 million in guarantees, reshaped and reloaded the roster with high-quality players, among them Defensive Player of the Year candidate Matthew Judon, tight end Hunter Henry, and receiver Kendrick Bourne.

Sure, one of the reasons the Patriots had to go big in free agency is because of some underwhelming recent drafts, but even last year’s draft looks much better with the emergence of safety Kyle Dugger as a do-it-all defensive cornerstone.

The Patriots don’t have any fun. Through the years, former Patriots players have occasionally said they didn’t enjoy playing here. It’s usually someone such as Cassius Marsh, who spent nine games here in 2017 and achieved absolutely nothing. At other times, the intense approach has sent accomplished veterans who were used to doing things another way into retirement. (Think Reggie Wayne, training camp, 2015.)

But for players who thrive here, the fun comes not from locker room hijinks or whatnot, but from winning — and even the preparation that goes into winning.

“Maybe you guys notice him smiling more. I don’t know,” said Devin McCourty when asked this week if Belichick was more upbeat this season. “But [in] my 12 years here, that’s one thing to me that has always stood out: how much he enjoys coaching the team. Even last year, [the] worst year of my career, I’ve always felt like he doesn’t take for granted what guys come in and do.”

I will say this: Belichick never stops learning, and I suspect he took it to heart that Brady and Rob Gronkowski got worn down from the expectations here. Belichick didn’t just add quality free agents this offseason, he added players such as Judon and Bourne that have charisma in abundance.

He didn’t just rebuild the roster; he rebuilt the locker room, and it’s not by accident that the players on this team seem to genuinely enjoy each other’s company.

Brady was more responsible for the dynasty than Belichick. It should have been clear to anyone who followed this team more than casually over the last 20 years that the Patriots had the extraordinary fortune of having the greatest coach in NFL history and the greatest quarterback working in tandem.

But when Brady departed for Tampa Bay and immediately won a Super Bowl while the Patriots in his absence lumbered to a 7-9 season, there was practically a sprint among the media, particularly certain sports-radio hosts, to declare that Belichick needed Brady more than Brady — who was drafted and trusted at a young age by Belichick — needed him.

Some of that — perhaps a majority of it — came from those delighting in seeing Belichick get his comeuppance, and declared Brady the primary reason for success in an attempt to diminish Belichick’s accomplishments. Instead, to the chagrin of the rest of the NFL, Belichick has built the Patriots into a contender after just one season — or offseason, really — of rebuilding.

One of the best parts of all of this is that the acrimony between Brady and Belichick doesn’t seem to exist anymore. Brady has praised Belichick repeatedly during his “Man in the Arena” series, and Belichick seems to me making a point recently to acknowledge Brady’s greatness whenever he can. That Patriots-Bucs matchup in Week 4 seemed cathartic for both of them.

With a little bit of distance now, both seem to better appreciate what they had together. We’ll be sure to ask them about it when they confirm my preseason prediction and meet in the Super Bowl LVI in Los Angeles come February. 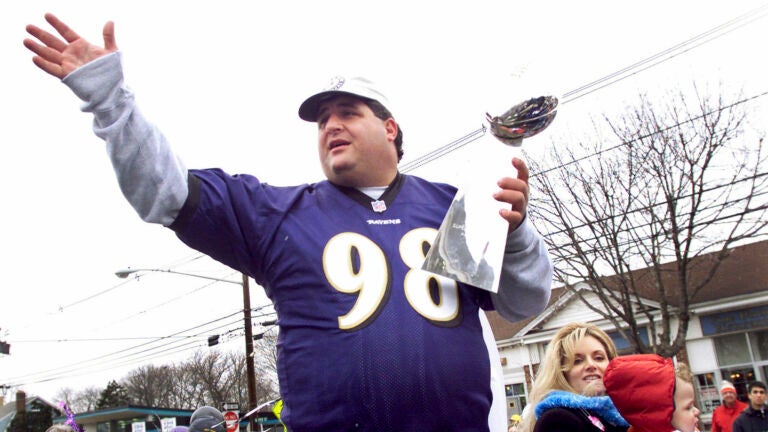