Every week, there’s a new “biggest game of the year” for the New England Patriots. Saturday night’s primetime contest with the Indianapolis Colts is just the latest in line.

For one thing, the Patriots have a chance to clinch the playoffs with the win combined with a myriad of scenarios involving other teams’ losses.

But it’s also more simple than that: despite their relatively unspectacular 7-6 record, these Colts represent a good test for the Patriots.

Indianapolis has already beaten New England’s AFC East rival Buffalo Bills with a dominating performance in the running game, an area the Patriots have been good but not great at defending against.

This week’s opponents have also proclaimed their desire to force Mac Jones to beat them. If healthy, they might have the personnel needed to make life difficult for the rookie quarterback and New England’s offense.

His 1,684 scrimmage yards (1,348 rushing, 336 receiving) account for a whopping 35 percent of all offensive yards gained by Indianapolis this season. He also leads the NFL with those 1,348 rushing yards by a significant margin and has scored 16 times on the ground, another league-high.

Taylor’s five-touchdown performance (four on the ground) against the Bills might well have served as a blueprint for how the Patriots attacked their division rivals on the ground in Week 13.

The second-year back out of Wisconsin thrives in the red zone (as evidenced by all the touchdowns), powering through tacklers and making them miss in space with quick feet. But he’s also shown breakaway speed on an 83-yard touchdown run and a 76-yard catch-and-run this season.

The Patriots no doubt will throw all their resources into stopping the dynamic back this weekend. But don’t expect the Colts to shy away from giving Taylor the ball anyway. He’s too good for that.

J.C. Jackson isn’t willing to say the second-year Colts wideout is among the best receivers in football just yet. But the Patriots’ cornerback isn’t taking the challenge lightly.

“He’s been playing pretty good these last few weeks. He’s their go-to guy,” Jackson said of Pittman ahead of the game.

When a play is in doubt, Carson Wentz knows one thing: Pittman’s down there somewhere. He certainly has a knack for making his quarterback look good, too.

Pittman’s size and strength at 6-feet-4-inches and 220 pounds simply overmatches defensive backs in 50-50 ball situations, and we’ve seen the Patriots’ relatively undersized cornerbacks have issues with jump balls this season.

His 4.5 speed is good for his size, but his greatest asset is his physicality. He fights through jams and contact at the catch point and can pluck the ball out of air with ease in traffic.

Interestingly, Indianapolis also sometimes uses Pittman the way the Patriots deploy N’Keal Harry, bringing the big, physical wideout tight to the formation to punish smaller defensive backs and linebackers in the running game. Then, they’ll run play-action off of those looks with Pittman dragging across the field after faking a block.

When he’s on, and when the Colts are getting him involved, he has serious star potential. Expect the Patriots to send extra attention his way on passing downs even if Jackson travels with him on the outside.

The Patriots have gotten very solid play out of their interior offensive line group of Ted Karras, David Andrews and Shaq Mason during this recent winning streak. They will need every bit of their skills to keep Buckner from blowing things up inside.

The former No. 7 overall pick isn’t quite putting up the numbers that saw him make First-Team All-Pro in 2020, but they’re nothing to sneeze at.

Buckner is eighth in the NFL among defensive tackles with 41 pressures and has seven sacks on the season, according to Pro Football Focus. Though he’s more lethal against the run than the pass, he’s also added 17 stops as well.

His massive 6-foot-7-inch frame makes him hard to handle and difficult to throw around. Though he tends to play more often on the left side of the line, which would put him across from Mason and Trent Brown more often than not, he will occasionally move to the right from time to time.

One wonders if the Colts might test Buckner against Karras and Isaiah Wynn if they think they can find good matchups there. Wherever he lines up, though, he figures to be a problem right in Mac Jones’s line of sight.

If Bobby Okereke isn’t able to go on Saturday — he’s been out of practice with an illness — Leonard will have the whole spotlight to himself. One way or another, he has no trouble shining.

The star linebacker has made two Pro Bowls and received two First-Team All-Pro nods in his first three full seasons and is angling to make it four years in a row this year.

Any Patriot who has the ball around Leonard had better cover up tightly: he’s forced a ridiculous 15 fumbles since coming into the league.

As good as he is in the running game, it’s hard to understate how good Leonard’s ball skills are against the pass. He has nine interceptions and 15 passes defended in his career already, with two of those picks and four deflections coming this season.

The Patriots must be hyper-aware of him (and Okereke if he plays) on every snap.

As focused as Belichick is on what Jonathan Taylor can do on the offensive side of the ball, he actually led off his weekly “Belestrator” segment highlighting a defensive player on the Colts. But it wasn’t Buckner or Leonard. It was Moore, the Colts’ slot cornerback.

Some of that might partly be because Belichick knew the fifth-year corner pretty well at one time: the coach signed Moore as a rookie undrafted free agent back in 2017 out of Valdosta State. The young corner didn’t make final roster cuts with the Patriots, and the Colts made sure he didn’t reach New England’s practice squad, signing him the next day to their 53-man roster.

He’s been there making plays ever since: the quick slot corner has intercepted at least four passes in three of his five seasons with the Colts.

Moore might not be a household name yet, but his game has spoken plenty loudly on his behalf. This year, his four interceptions and seven passes defended are the most among cornerbacks playing from the slot, via PFF. He’s also allowing the lowest pass rating in the NFL (73.9) from the slot this season.

He demonstrates great patience and understanding of situations and which routes are coming out of the slot, which puts him in great positions to play the football.

Jakobi Meyers might have a tougher time than normal getting open this week, which could mean Kendrick Bourne and tight ends Hunter Henry and Jonnu Smith become more important than usual. 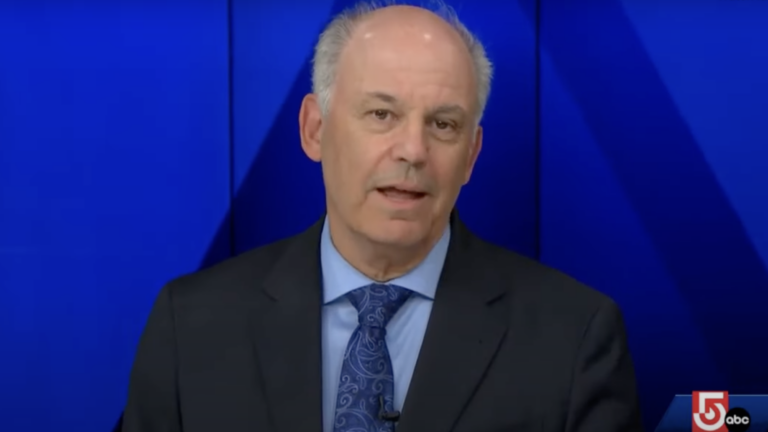