After all, Belichick could always reach out to the real thing: Hall of Famer John Madden.

“Great person. Multiple great careers. Most importantly, just a great influence on the game of football and professional football,” the Patriots coach said on Wednesday, speaking to reporters. “He was a good friend.”

Madden died unexpectedly at 85 on Tuesday morning, per the NFL. The Hall of Fame coach compiled the best winning percentage among coaches who amassed more than 100 games, but his post-coaching career garnered the most attention. Madden became an affable, entertaining presence on NFL broadcasts, and Madden NFL became one of the most popular video game franchises — sports or otherwise — in history.

Belichick, however, will remember Madden for many other things, and he spoke at length about Madden’s legacy on Wednesday. Here’s the full transcript — courtesy of the Patriots — of what the normally taciturn Belichick said regarding the passing of a legend.

“I’ll just start with our condolences to the Madden family. It’s a huge loss for the NFL and professional football. John is just a tremendous person to be around. I think we all, probably, set out to try to have a good professional career. John had about five of them. He set the standard for coaching in his era. They had the best record, best teams, championships, and all that. Raiders had a great style of play that was very, I’d say, captivating. He certainly did a lot for the league and the competitiveness of the league. He was a great champion for minorities and minority scouting. Some of the great players that they had with the Raiders from the smaller black colleges, he and [Al] Davis brought into the organization. Then he moved to broadcasting and, certainly, increased the popularity of the game, singlehandedly, by quite a bit. I don’t know how you’d ever measure that, but I think everybody that liked football enjoyed John’s commentary. A lot of people who probably didn’t even care about football found John entertaining and watched football because of him. He brought a lot of people to the game. He brought a perspective to the game that was very unique. Loved by all. I had a great opportunity to spend quite a bit of time with John. It seemed like he and Pat [Summerall] covered our games with the Giants every week. It was like a weekly broadcast crew. Going out to John’s bus and just spending time with him there and through the years, all the way up to Super Bowl XXXVI, all the other things that he’s done for the league. … I particularly enjoyed the Top 100 conversations with John. There were about five or six of us that watched some of the players from the ’20s, ’30s and ’40s and those eras, decades. We had a lot of great conversations about the games that we saw, the players that we saw, the way the game was played, comparisons, comments, and so forth. John did a lot for player safety. I know he was on several committees in the league, advisory, and so forth, and studying the safety of the game, player safety. I know he’s instrumental in a lot of those changes, improvements to help player safety, specifically the defenseless receivers and protecting the quarterback, things like that. Just a very well-rounded person that had a great love of life, love of football, love of the history of football. He was always such an enjoyable person to be around and converse with unless you were standing across the field from him. That was a little different story. So, it’s a sad day for all football fans and, of course, the Madden game has to be one of the most popular things going. I think most of the current players in this generation know John Madden through that and that’s a big part of it. Certainly, the popularity of football through the Madden game is pretty outstanding as well. He put it all together. Great person. Multiple great careers. Most importantly, just a great influence on the game of football and professional football. He was a good friend.

“I feel like my career crisscrossed with John on a number of times. Probably too many to count, but again, all the Giants’ games, the Giants’ Super Bowls, I think he did either my first or second game in Cleveland. I forget which one it was. It was a preseason game. It was a national game. He came in and did that, so right off the bat in Cleveland. Then, through Cleveland to Super Bowl XXXVI and all that. Then, as I mentioned, the Top 100 and all that. I’ve talked to John on a lot of different levels and had a lot of different experiences and conversations with him. All good. I feel like I have had the opportunity to see a lot, learn a lot, and experience a lot the year I was in Denver. We played them a couple times, and that was a little different seeing him in the same division and seeing him through that lens as a real competitor on the other side of the field. I mean, I had a really minor role in it, but still, to face off against Al Davis, John Madden, the Raiders, there was a certain mystique or charisma that they had. I’m glad I experienced it.”

On whether he ever played Madden NFL

“I haven’t played in quite a while. I know when my kids were growing up, they would play it. I’d watch them and they’d beat me.”

On the impact Madden had on the NFL

“I don’t think it’s really my thing to rate them. I think the comments I made at the beginning represent what a big impact he had. Whether he had more or less than somebody else, I don’t know. Whatever it is, he affected multiple generations. Again, I just think it’s unique in the different ways that he was such a big part of the game, from coaching, to the Madden game, to broadcasting, to being involved in rule changes for the safety of the players, increased diversity in hiring, things like that. He touched a lot of areas and all of them really, I think, start with the betterment of the game. Obviously, as a coach, you’re trying to help your team. You’re not trying to help all the other teams, but what he did with the Raiders and what he accomplished during his tenure there was remarkable. He was a Hall of Fame coach and then, all the other stuff that came on top of it … what a man. What a career.”

On the role Madden played in Belichick’s own coaching

“I think any time he spoke, I listened. Whether that was in private conversation, group meeting, or a forum where other people spoke. For example, on a rule change or something like that or on a conference call with the Top 100, I always wanted to hear what he had to say. He always had a good perspective. Even if, maybe, you didn’t quite agree with exactly where he was coming from, you could certainly see where he was coming from. Maybe there were other reasons that might override an opinion that was different than his, but you could always see where he was coming from and it was always, I felt like, what was best for the game and a very unselfish view. He presented it that way and I think that’s why he was so respected, because his motivation was for the game, the fans, the entertainment, the safety, and all the things that are right about football. That’s what he stood for. There’s, obviously, a balance somewhere. Sometimes, those things run together and conflict a little bit, but I thought his opinions and where he was on things was really, for the most part, very good and healthy. At the same time, John wasn’t overly — he wanted to hear what everyone else had to say. He wanted to hear the other opinions. He might change his mind a little bit, like, ‘Hey, that’s a good point. I hadn’t really thought of it that way. There’s something to that.’ He was very, I would say, open-minded and was a good listener. When you broadcast the game, you’re the talker, you’re not the listener. I think, maybe, that came across, as it should. That’s what his role was as a broadcaster, but as I said, in rule discussions, Top 100 discussions, and even in private discussions, he asked a lot of questions. He was always interested to hear what the point of view was. Sometimes, he agreed with it. Sometimes, he didn’t, but I know in our conversations, there was a lot of mutual respect there. I could see where he was coming from if it was maybe a little bit different from the way I was thinking and vice versa. I think that’s healthy. It’s very healthy, but he was a great listener. I would say I always enjoyed the production meetings with John because his insight into the game was very good. A lot of questions he would ask, sometimes, kind of had a lot of depth to them. Maybe it was something I hadn’t thought that much about. He noticed it and said, ‘Hey, what about this?’ or ‘What about that?’ You start thinking about it and say, ‘Well, that’s pretty observant. I might’ve even missed that.’ Maybe it was something that one of our opponents was doing, why they were doing it, or how we were doing something. Then that stimulated another line of thought. He was great to work with and just loved football, just loved football. I think he loved every aspect of it: Coaching it, announcing it, improving it, making it a better game, making it more exciting, making it better for the fans, making it safer, making it more entertaining, and the presentation of it in an entertaining way as well. Just a wonderful man with a really great perspective that did a lot for the game.” 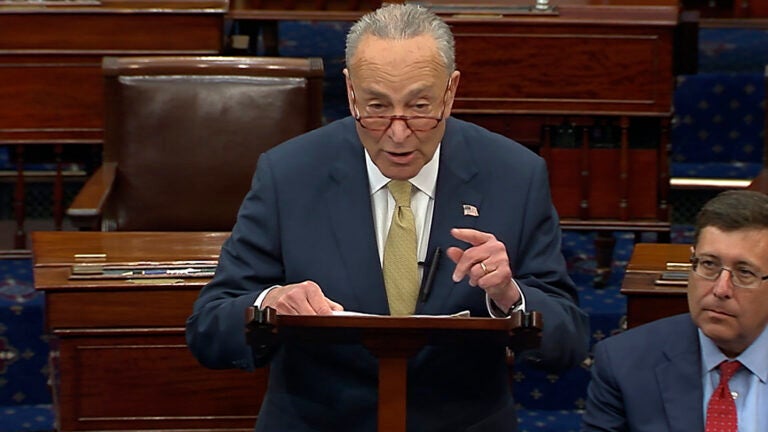