Bill Belichick joined WEEI’s “The Greg Hill Show” on Monday morning for his weekly radio interview, discussing the Patriots’ loss to the Dolphins on Sunday, as well as the team’s direction heading into a playoff matchup with the Bills.

Regarding the injuries to offensive tackle Isaiah Wynn and defensive lineman Christian Barmore on Sunday, Belichick said that the team will “see how things look this morning, but I’d say we’re hopeful.”

As for wide receiver Kristian Wilkerson, who was not on New England’s active roster for Sunday’s game despite catching two touchdowns a week earlier, Belichick provided an explanation.

“We were out of standard elevations for Kristian,” he said of the team’s available roster moves. “That’ll change this week. He’ll have the opportunity to come up.”

Belichick also touched on several other topics during his conversation. Here are a few takeaways:

Over the final four weeks of the regular season, as the Patriots struggled through a 1-3 stretch, the team’s only consistent quality was its inconsistency. It was a theme Belichick mentioned during the interview.

“[We] make some good plays and do some good things, and then undo it with something,” he said. “So obviously got to coach better to get some more consistency, and execute it better when we get the opportunity to do it.”

Even with a slow start on Sunday, rookie quarterback Mac Jones led the Patriots offense in a fourth-quarter comeback attempt that produced back-to-back touchdown drives.

“At various points we’ve done everything well,” Belichick noted. “We’re not consistent in doing it. We have to find a way to put our best football on the field in all three phases of the game for 60 minutes. We just haven’t been able to do that for 60 minutes here recently, over the last month. Just too inconsistent.”

The subject of officiating

On a fourth down during the first quarter, the Dolphins ran a fake punt that Patriots running back Brandon Bolden closed down with a tackle, stopping Miami from getting a first down.

Afterward, Bolden was flagged for unnecessary roughness, even though replays appeared to show he had made a legal play. Belichick was asked what the ruling had been from the referee.

“There was no explanation,” Belichick said. “You’d have to talk to the officials.”

“It was on the other side of the field from where I was,” he added. “So I didn’t get a good look at it. It didn’t look like there was any contact on the replay, but again, it doesn’t really matter what I think.”

Once the call was made, New England had no recourse, since it was a type of ruling that can’t be challenged. It’s a topic that Belichick has discussed before, theorizing in 2013 that a coach should be able to challenge any ruling.

Belichick was pressed for additional thoughts on the concept.

“Yeah I think I’m on record on that subject, so I don’t have anything to add,” he said.

Experience in the playoffs

The Patriots will face the Bills on Saturday at 8:15 p.m. in Buffalo. It will be the third matchup between the AFC East rivals this season.

The game will also be the first Patriots playoff game since Tom Brady left New England, yet the team still has plenty of veterans on the roster with postseason experience.

Does having a playoff track record matter? Belichick had a straightforward answer.

“I think the most important thing in the playoffs is to play well,” he told WEEI co-host (and former Patriots tight end) Jermaine Wiggins. “We’ve all seen players without a lot of playoff experience—like yourself, like Tom Brady—win Super Bowls and win playoff games. And we’ve all seen experienced players lose them and win them.

“I think it’s really more important that we play well,” Belichick continued. “It doesn’t matter what year the player’s in or experience he has or whatever it is. We all need to do our best, whatever our background is or isn’t.” 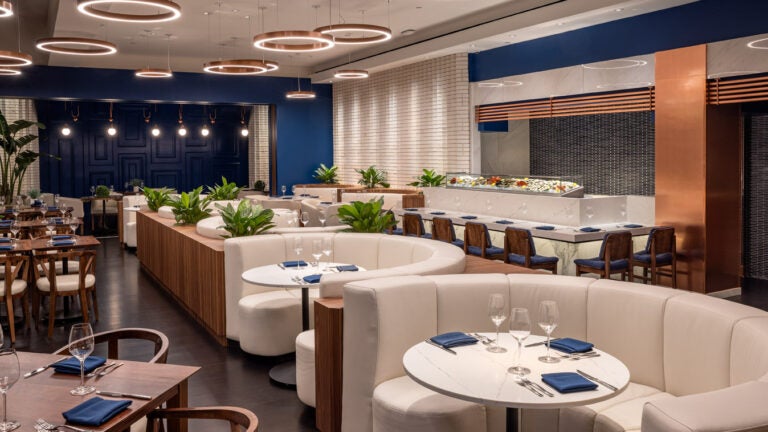