Bill Belichick’s first task of the offseason is to replace Josh McDaniels, but don’t be surprised if he doesn’t directly replace him.

Belichick might have taken a step toward replacing McDaniels on Tuesday, when the team rehired Joe Judge. The former special teams coordinator will be in a new role though, returning to New England as an offensive assistant.

Former Patriots executive Mike Lombardi believes that no matter how Belichick decides to replace McDaniels, the head coach will run the offensive side of the ball.

“Whoever comes back is working for the head coach,” Lombardi said on WEEI’s “Merloni and Fauria.” “Nobody comes back on their own program. Whatever happens with this offense, it’s all going to be predicated on what Coach Belichick wants to do and how he sees this offense moving forward. I think that’s the key. And as fans, that’s what you have to understand. He is going to run the offense.

“Now, Joe is going to be in there to do what he has to do and handle things he needs to handle at the discretion of the head coach. But I think this is an opportunity to kind of clean up their offense and kind of narrow things down. When you have had one player, one position coach for so long, with Josh in there, you tend to build up a lot of value. There is a lot of verbiage that goes with it. I think coach will probably want to come in and cut all that down and kind of rebrand the offense around Mac Jones.”

While Belichick has a defensive background, him taking control of the offense wouldn’t be unprecedented. The Patriots didn’t have an offensive coordinator in the 2009 season, and in 2010, they didn’t have a coordinator on either side of the ball – which is currently the case for the Patriots.

Lombardi could also have some good intel on how the Patriots will move forward after McDaniels outside of his prior working relationship with Belichick. His son, Mick, was a receivers coach for the Patriots and was speculated by several insiders to be a potential replacement for McDaniels. However, McDaniels will reportedly hire Mick Lombardi to be the Raiders’ offensive coordinator.

NFL Network insider Ian Rapoport said in an interview on WEEI on Thursday that he believes former Patriots offensive coordinator and now Alabama offensive coordinator Bill O’Brien won’t be returning to New England. He also speculated that the Patriots could do on offense what they do on defense, which is to have multiple coaches handle the overall offensive gameplan and play-calling.

Another possible name that could be involved on the offensive side of the ball is Matt Patricia. ESPN’s Mike Reiss wrote in his Sunday column that the former defensive coordinator could be in the mix offensively.

“Few, if any, truly know what Belichick is thinking,” Reiss wrote. “But the possibility of Patricia joining the offensive staff in some capacity has come up in conversations with smart NFL personnel projecting Belichick’s next move.”

However Belichick decides to replace McDaniels remains a guess, but there are certainly a lot of possibilities still on the table. 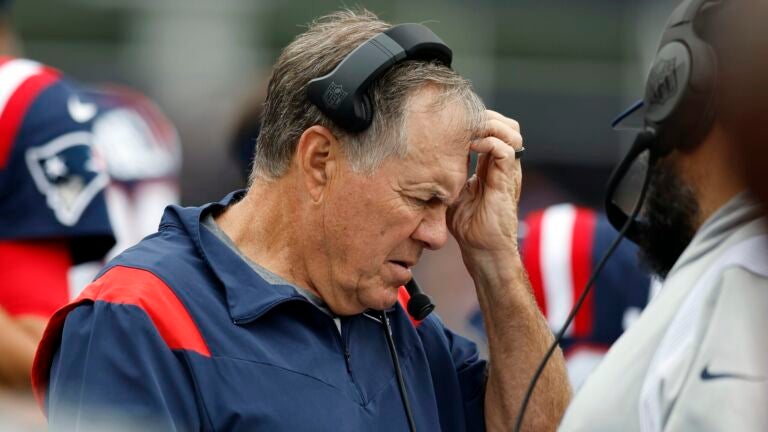