If you had “Jerod Mayo tackles Pete Davidson in a commercial” as a prop bet for the Super Bowl, congratulations: You’ve won money.

Patriots fans watching the Super Bowl might have caught a familiar face on Sunday during the fourth quarter: The team’s inside linebackers coach in a spot for Hellman’s. Mayo, of course, makes sense as a spokesman for Hellman’s given his last name and the condiment company’s best-known product.

“Hellman’s wants to tackle food waste,” the spokesperson said at the beginning of the ad. “So naturally, they hired … this legend.”

In the ad, Mayo tackles a man about to throw away old bread (“you could make grilled cheese with that”), a woman on crutches, a woman getting ready to throw away a rotisserie chicken, a man trying to escape with a bag of old spinach (“Make a frittata!”) before Davidson entered the frame eating a chip.

“I get it man,” Davidson groaned. “I’m very hittable.”

Mayo might be owed a free pair of Yeezys after that tackle. Here’s the full ad.

Mayo recently told 98.5 he has received interest from other teams in open coaching positions, but he doesn’t really want to leave the Patriots. 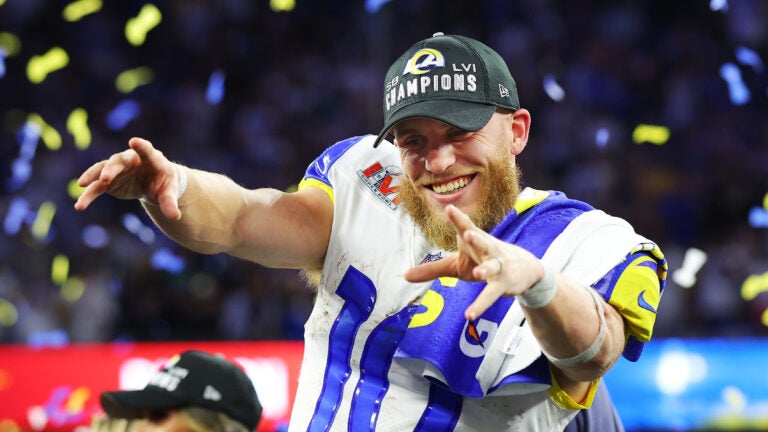