Former Patriots star Rob Gronkowski will have plenty of interested suitors around the NFL if he opts to return next season as an unrestricted free agent.

Where might he end up? NFL.com analyst Adam Rank, who believes Gronkowski should leave the Buccaneers, has a few suggestions that might make sense.

“If Brady did somehow play for the 49ers, and San Francisco could run two-tight end sets with George Kittle and Gronk, well, that would be pretty fun to watch,” Rank wrote on Thursday. “Otherwise, going to Cincinnati to play with Joe Burrow wouldn’t be the worst thing in the world for Gronk, either. He could also head to Buffalo. Or Los Angeles. Either of the Los Angeles teams, actually. Go free, Gronk. At least until we see what the QB sitch is like in Tampa Bay.”

Any of those five options would benefit Gronkowski greatly. Clearly, if Brady ends up playing for the 49ers — as some NFL analysts expect — the team would have a leg up in recruiting Brady’s longtime friend and receiving target. Gronkowski isn’t sure if Brady is coming back next year, but he thinks Brady might be back after 2022.

“If he’s 50 years old he can still come back. I think he’s going to come back but in a couple of years,” Gronkowski said. “The guy’s a beast. He can play anytime.’’

Adding Gronkowski to a Super Bowl finalist in Cincinnati could help Joe Burrow and the Bengals avoid being a one-hit wonder, and Gronkowski said he likes Burrow’s “swag.”

“I watched him in college,” Gronkowski said. “I just love the way he presents himself out on the football field. In the pocket he’s just so calm and he just slings it out on the field.”

The Bills, meanwhile, would probably love nothing more than to unleash Gronkowski against the Patriots (as opposed to the other way around), while Gronkowski himself would likely enjoy the warm weather and access to Hollywood that playing for the Super-Bowl champion Rams or Chargers would offer.

In any case, Gronkowski said last month he plans to take some time to mull his options.

“You just want to settle down, let everything flush out, and in a couple of weeks make a decision from there,” Gronkowski said. “See how you’re feeling, what I’m thinking then. It’s going to be a little process, but I’m definitely going to take my time with it, no doubt. But we’ll see what happens man, anything can be up in the air.” 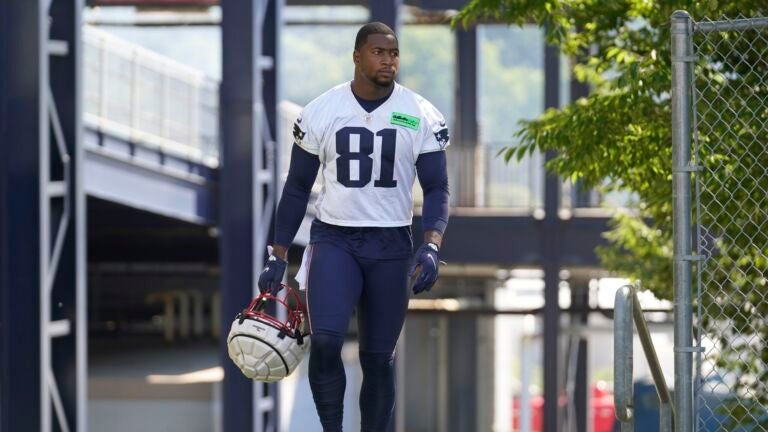