The Patriots have reportedly met with several Alabama wide receivers at the 2022 NFL scouting combine, but one player took time to offer specific details on why he might be a good fit in New England during interviews on Wednesday.

Slade Bolden, who is forgoing his senior season at the college level to head to the NFL, was asked about potentially reuniting with former Alabama quarterback Mac Jones.

Bolden was initially diplomatic about his NFL prospects.

“I’ll play anywhere,” he told reporters. “It doesn’t matter to me. Just give me an opportunity and I’ll go take it.”

Still, Bolden — who caught his first collegiate touchdown pass from Jones during the Crimson Tide’s 2021 College Football Playoff National Championship win over Ohio State — acknowledged relishing the prospect of once again playing with his former quarterback.

“Playing with Mac would be cool,” Bolden said. “He’s a good friend of mine. We have a good connection. It would be an easy transition for sure, but at the end of the day, it’s whoever gives me an opportunity, I’ll be thankful.”

Bolden didn’t produce overly impressive statistics at Alabama, with just 42 catches for 408 receiving yards and three touchdowns a season ago. That said, his connection with Jones runs deep. The two were roommates and still keep in contact.

“He’s a different guy, but in a good way,” Bolden said of Jones. “He’s fun, he’s goofy, he’s fun to be around. You all saw him at the Pro Bowl and how he was acting. That’s how he’s always been.”

When the subject of the Patriots offense came up, Bolden elaborated on some of the similarities he sees with how he was utilized at Alabama and how New England’s offense worked during Julian Edelman’s career.

“Especially when Edelman was there, kind of how they used him,” Bolden said of shared traits in the two offenses. “We use a lot of their plays. Even after Bill [O’Brien] had left. We used some of their plays as well.”

“I always try to watch those [Patriots] games for sure,” said Bolden.

O’Brien, the former Patriots offensive coordinator and quarterbacks coach who now works for Alabama in the same role, also spoke with Bolden about how he used Wes Welker in New England’s offense.

“It was basically kind of how they used me if you need a good third-down play, a good third-down catch, or having that guy that’s been able to run an option route, or run the catch-tuck-turn type passes,” Bolden noted. “That’s the kind of guy Wes was, catch the ball in the middle of the field, with no traffic. That’s kind of how I was used as well.”

The NFL Draft will begin on April 28, though Bolden might not get selected until the second or third day of the annual event. A recent mock draft projected him as a fifth-round pick. 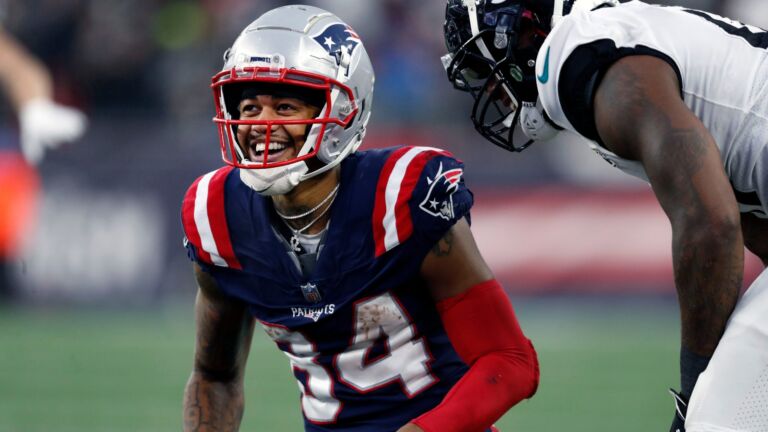