We still don’t know which unfortunate collector paid $518,000 for Tom Brady’s final touchdown ball at a recent auction, but they probably should have been paying closer attention to the news: The ball sold just hours before Brady announced he would return to the NFL next season.

Sports memorabilia can be a risky game, but the decision to spend $500,000 on Brady’s ball was especially so. When Brady announced his unretirement, our own Chad Finn (quite correctly) titled his column “The only surprise in Tom Brady’s announcement was that he’s staying with the Bucs.” Brady dropped numerous hints that his retirement — if you can even call it that, considering that he never did — might be short-lived.

Shortly after the Last Dance aired in 2020 and gave sports fans a blast of 90s basketball nostalgia, a unique pair of Jordan’s game-worn classic sneakers — autographed and authenticated — sold for $560,000. They were the most expensive sneakers ever sold.

Babe Ruth memorabilia seems to consistently bring in a good amount of money (a game-worn jersey once earned the seller more than $5 million).

Former Yankees pitcher David Wells once bought a game-worn cap of Ruth’s for $35,000. Manager Joe Torre told him he couldn’t wear it into a game since it wasn’t part of the team’s uniform, but Wells figured out a way to get it onto the mound anyway. Torre fined him $25,000, but Wells made that back and more: He later sold the hat for $537,000. Ruth’s name plus an act of defiance by Wells, it seems, made the hat even more valuable.

If you want a 1-to-1 comparison, Todd McFarlane — best known as the artist on The Amazing Spiderman — bought the infamous record-setting home-run ball for nearly exactly the same amount as Brady’s touchdown ball — $517,000 after fees. The ball brought about an extended legal battle between two fans who both claimed they were legally entitled to it. After lawyer fees, neither reportedly made much.

Clemente, a star outfielder for the Pirates in the 50s and 60s, died tragically in a plane crash as he attempted to bring relief supplies to Nicaragua after a devastating earthquake in 1972.

Clemente was the first Latin American player inducted into the Hall of Fame. His rookie card became one of the most valuable baseball cards in history, selling for $475,000 in 2016.

In 2011, Erving put together a big auction of his old memorabilia and got a big payday — nearly $3.5 million in sales.

One of the biggest items was his 1974 championship ring. The company running the auction later said it expected to get less than $50,000 for the ring. Instead, it cleared $460,000.

“We were blown away,” SCP Auctions president David Kohler told a local radio station. “I spoke to Julius and he’s ecstatic.”

Maybe the biggest takeaway here? Give sports memorabilia a little time to percolate before you fork over $500,000. You never know when Tom Brady might come out of retirement, but you can feel pretty good about anything worn by Babe Ruth. 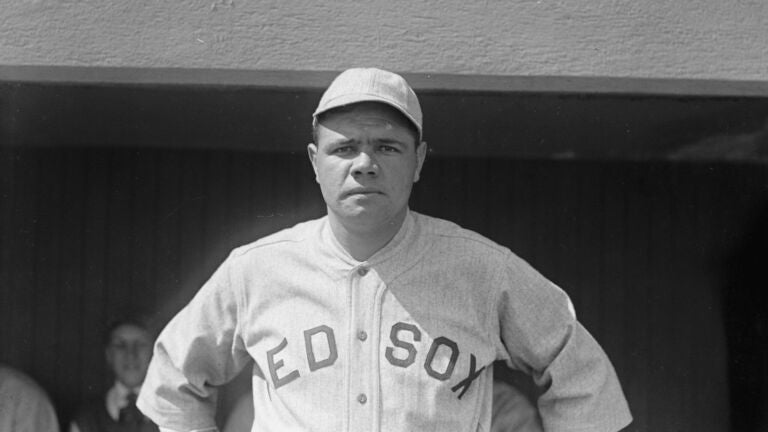 After record sale, rare 1914 Babe Ruth card is back home in Baltimore