After a multi-month delay, the final episode of the documentary series focusing on the career of Tom Brady, “Man in the Arena,” was released on Tuesday.

Given Brady’s drama in the ensuing months — deciding to retire, and then un-retiring only weeks later — it might have been assumed that the final episode, titled “The Wheel,” would address his change of heart.

Instead, the episode picks up where the previous one left off (with Brady nearing the end of his time in New England in early 2020), and carries the story through his first season with the Buccaneers, culminating with the win in Super Bowl LV.

Brady does touch on his ongoing obsession with playing football towards the end of the episode, explaining that he hopes his children succeed in what they want to do in life but “don’t take things as far as I’ve taken them.”

Here are a few observations from the final “Man in the Arena” episode:

The end of his time with the Patriots.

The episode began with a focus on the Patriots’ loss to the Titans in the 2020 AFC wild card round of the playoffs.

With Brady’s contract set to expire following the season, the loss to Tennessee was seen at the time as potentially his final game with the Patriots. According to Brady, he already knew that it was.

“I’d kind of been through a personal journey where I was maturing in different ways,” Brady explained. “Different things were becoming priorities in my life. I knew things were coming to an end.”

Why he says he left New England.

“It became pretty obvious that he needed to make a change,” Brady’s father, Tom Brady Sr., said of his son’s final days with the Patriots. “It was wearing him down. It was beating him up.”

Brady elaborated on why felt he had to leave.

“Because we were very successful, winning became more routine than losing,” Brady said of playing in New England. “The pain of losing far surpassed the joy of winning. When you expect to win, and you win, it’s more of a relief as opposed to ‘What an incredible accomplishment!’ In the end, we weren’t going to celebrate anything as a Patriot unless we won the Super Bowl.

“It was tough to end that way,” Brady said of the defeat to the Titans, “but in football you get what you deserve, and we didn’t deserve much more than that.”

Brady’s thoughts on his father’s role in his life.

Brady spoke expansively in the episode about the influence his father had on him, and the support he received.

“I don’t want to get too emotional at the start, but there’s a big commitment that your parents make,” said Brady. “My dad made every commitment to me.”

“When I wanted to learn to play quarterback, he was the one who kept — he didn’t push me, he kind of held me up,” Brady recalled of his father.

For Brady Sr., it was a process that stretches back decades.

“As our kids developed and took on their own interests, we tried to support them in any way we could,” said Brady Sr. “There were many days that I went to work at 5:30 a.m. so that I could be off work at 3:30 p.m. to be at the kids’ games. We felt that if they were on the field, we wanted to be on the field.”

The concept didn’t end when Brady reached the NFL.

“He would come to every game,” said Brady. “Early in my career, you know, it was hard. But he would fly to Buffalo. He would fly to Cincinnati. He knew I didn’t have a lot of people out there, so my dad was going to be there when I walked off the field to make sure that I had a hug, that I had someone that cared about what I was doing.”

Free agency in 2020 presented a surprise.

Brady became an unrestricted free agent for the first time in his career after two decades in the NFL.

Very quickly, an odd reality became clear to the longtime Patriot. His assumption that most NFL teams would pursue him turned out to not be correct.

“Unless you have one of the probably top few [quarterbacks],” Brady recalled, “I would be expecting people to be interested.

“In my mind I’m thinking, ‘If you’re another team and you’re not interested in having me as your quarterback, what the f***’s wrong with you?”

Brady said that he eventually weighed many factors — not just rosters and coaches, but also also conditions like the average weather in a particular city — in making his choice.

“When I looked at all the teams that were interested, I was looking for the highest score,” Brady reasoned.

After retiring from football following the Patriots’ win in Super Bowl LIII, Rob Gronkowski didn’t play in the 2019 season. Despite continuous speculation about a comeback, Gronkowski stayed away.

But with Brady now in Tampa Bay, it only took a single meeting for the two former teammates to begin contemplating how they could reunite.

As it turned out, Kevin Durant played a role. Brady and Gronkowski met up in New York City

“I spoke with a friend of mine who played for the Nets, Kevin Durant,” Brady explained. “I said, Hey, I’m in New York, is there a facility I can use?’ He said, ‘Yeah, let me get it hooked up for you.’ So I drove over to Brooklyn, and Gronk was in town. I said, ‘Hey man, let’s get together and throw.'”

The two worked out together, with Brady noting that — despite Gronkowski being away from football for over a year — “he looked like Gronk.”

From that point, Gronkowski made it clear that if Brady went to a team that he “liked,” the retired tight end would consider a return. In the end, the Buccaneers were a good enough deal to convince Gronkowski to make his return.

In discussing the onset of the COVID-19 pandemic in 2020, Brady Sr. offered more on his own experience.

“I’m kind of lucky that I’m still here, to be honest with you” Brady Sr. bluntly admitted. “They didn’t have vaccines at that time. I had [COVID-19] for 18 days, was in the hospital. I was this close to having to go on a ventilator. Thank God that didn’t happen.”

“It was very hard being across the country,” Brady said of the period when his father was sick. “I really had to rely on my sisters to help with my dad and what he was going through. It was a very scary situation for our family.”

One of the (retrospectively) humorous moments from Brady’s 2020 season came in a game against the Bears in October. Trailing late in the fourth quarter, Brady mistakenly thought he had one more down on the decisive drive, failing to realize that fourth down had come and gone.

The Buccaneers lost the game, 20-19. And while Brady probably didn’t laugh about it in the moment, he was able to appreciate it after the fact.

“There were definitely a few things — especially at that time when I look back — there was a lot of s*** that I didn’t quite have a full grasp of,” Brady joked, “but you know as the quarterback you should always grasp which down it is.”

The Buccaneers’ season turnaround happened after the bye week.

Brady and the Buccaneers headed into the team’s 2020 bye week with a 7-5 record, knowing that their “best football had to be ahead.”

“In order to make the playoffs, we had to basically win every game after that bye week,” Gronkowski noted.

In describing how the team managed to hit its stride at the perfect time, Brady appeared to emphasize an alternate approach to the “Patriot Way,” in which player had more “ownership” of their commitment.

“There were a lot of elements that I was really able to enjoy outside of just the winning and losing,” Brady recalled. “I had so much with my teammates on the workouts, with the coaches that were really empowering us to go out there and be our best, to take ownership of what we were doing, to be in control of our fate on the field.”

“I think that was very liberating for us as players to say, ‘Hey let’s look each other in the eye, let’s commit to what we’re doing, let’s believe in one another, and let’s go out there and lay it all on the line for each other,'” Brady added.

Winning the Super Bowl “outside of New England”

For Gronkowski, part of his motivation with the Buccaneers upon reaching Super Bowl LV was to show that he could win a championship away from his old team.

Gronkowski ended up having a big game, hauling in a pair of first half touchdown catches to help the Buccaneers take a decisive lead.

The Buccaneers led 21-6 at halftime and never looked back.

“We felt like we could pick apart their defense,” Gronkowski added, “and we did just that.”

In the end, Tampa emerged as Super Bowl champions, 31-9.

Brady’s wish for his children.

“We want our kids to be happy,” Brady said in a reflective final few minutes of the episode.

But as he looks at his own life, Brady noted that he doesn’t necessarily want for his children what he experienced himself.

“I think maybe what I’d wish for my children is to find something they really love to do like I have. But I think I’ve taken it to an extreme too, you know?” Brady admitted. “There are imbalances in my life. I hope they don’t take things as far as I’ve taken them.”

And while Brady didn’t directly address his recent career decisions — retiring and then quickly un-retiring — he did conclude with a relevant quote (again, framed in the context of his children).

“I want them to experience great success in whatever they do,” he said of his children. “But there’ a torment about me that I don’t wish upon them. I know there’s time for me to be sitting in the stands, and I know there’s time for me to do other things, but there’s still a desire to win. When you’re the man in the arena, there’s no thrill like that.” 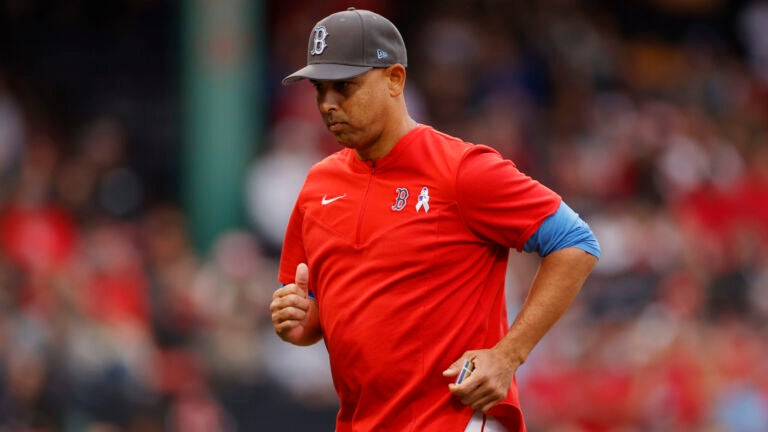