But for many, the biggest surprise of the night came when the Patriots took Chattanooga guard Cole Strange with the No. 29 overall pick. Strange was graded by ESPN draft expert Mel Kiper Jr. as a third-round selection, making the Patriots’ decision to use a first-round pick quite shocking.

The selection of Strange sent shocked responses around the football world, none more visible than Rams coach Sean McVay and general manager Les Snead’s reaction to the announcement of the pick.

They weren’t the only league executives to be stunned by the Patriots’ first-round pick. In a poll amongst over a dozen league executives done by Pro Football Focus’ Doug Kyed, New England’s decision to pick Strange was picked as the most surprising thing that happened on Day 1.

Another AFC executive told The Boston Globe’s Ben Volin that they were also surprised by the pick but didn’t think he was as big of a reach as Kiper did.

“Most teams had him anywhere from rounds 2-4 on their boards,” the executive told Volin. “Most at the bottom 2/top 3 as far as I can tell. I think 3rd round was too low. I was surprised that he went in the 1st, but I thought he was likely to go somewhere in round 2.”

Amongst the shock, there were some executives that were complimentary of the Patriots’ decision to take Strange.

“He’s a good player, will be a starter,” an AFC executive told Kyed. “Just picking good players is the key if you like them.”

An AFC East coach told NFL Network’s Mike Giardi that Strange is “a great fit there from a playing style/athleticism profile and he eats, drinks and sleeps football.”

“Concerns? ‘Can struggle with pass sets even against lower level of comp.’ But added, ‘he showed growth at [the Senior] Bowl,'” Giardi wrote in a tweet sharing what the unnamed coach told him.

Jim Nagy, who is the executive director of the Senior Bowl, also cautioned those who criticized the Patriots’ selection of Strange.

The Patriots are scheduled to make three more picks on Day 2 of the NFL Draft, but it’s highly unlikely that those picks will bring the shockwave that their Day 1 pick made. 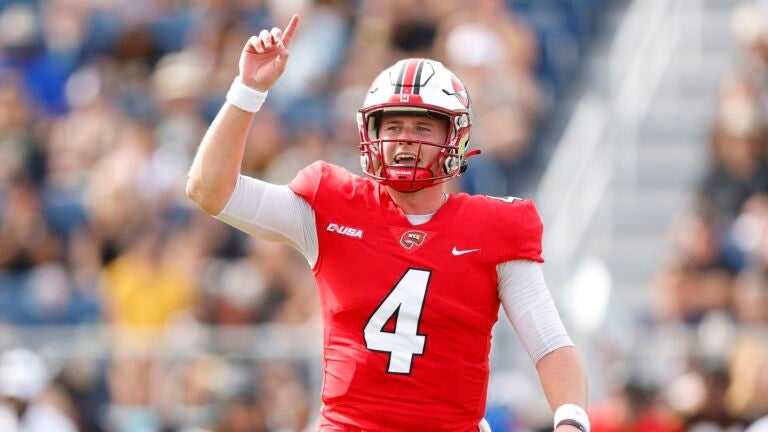