The Patriots are about to get a lot faster.

New England selected Houston cornerback and return man Marcus Jones with the No. 85 pick in the 2022 NFL Draft. The pick comes after the team grabbed Baylor speedster Tyquan Thornton in the second round.

Though undersized at 5-foot-8 and 174 pounds without great length for a cornerback, Jones managed big-time production nonetheless, breaking up 13 passes and nabbing five interceptions for an upstart Cougars team that went 8-0.

He also returned nine total kicks (six kickoffs, three punts) for touchdowns during his college career, averaging an absurd 30.6 yards per return on kickoffs and 16.5 yards on punt returns.

Jones likely won’t play right away on defense with Jonathan Jones returning from injury and plenty of veteran depth at the position. But his arrival certainly serves the Patriots’ theme so far on Day 2 of the draft: getting faster across the roster. 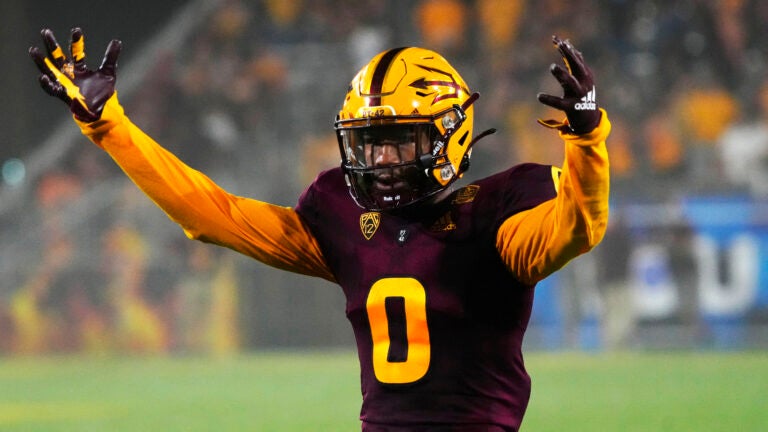