Patriots coach Matt Patricia has worn a lot of hats for the organization, but he might have a new one for the upcoming season: Offensive play-calling.

Per the Athletic’s Jeff Howe, Bill Belichick and the Patriots are yet to make a final decision regarding their offensive play-caller, but the situation is trending toward Patricia.

Patricia first joined the Patriots in 2004 as an offensive assistant. He later became the coach of the offensive line, then took charge of the safeties. In 2012, he became the official defensive coordinator — a title he held until 2018 when he was hired by the Lions as their head coach. He spent two seasons at the helm, and the Lions finished last in the NFC North both years. He rejoined the Patriots last year in “a variety of roles.”

Patriots players reportedly were “concerned” with the lack of direction offensively earlier this offseason, according to Boston Sports Journal’s Greg Bedard.

“I’ve heard from people in the last couple days about what’s going on with the offensive coaching staff,” Bedard said on his podcast. “And the initial reports I’m getting back are not good at all. And that includes what they’re hearing from the players internally. It’s not going in a good direction.” 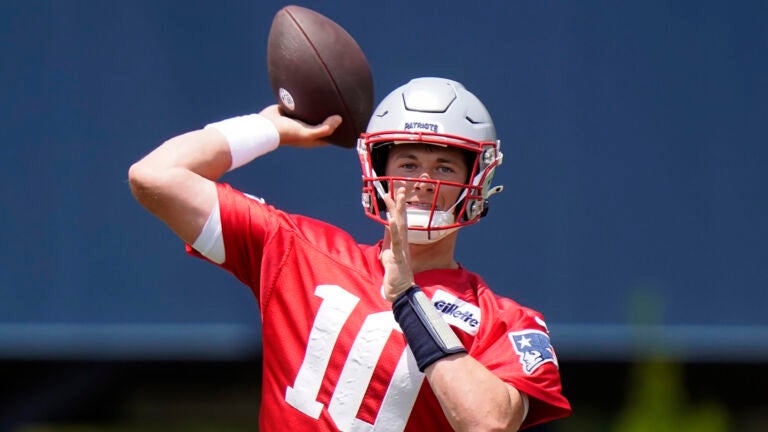 Jakobi Meyers is impressed with Mac Jones's progression, command of the Patriots' offense