Patriots center David Andrews is one of five players who will start the season on the Physically Unable to Perform (PUP) list, the team announced on Thursday.

Andrews underwent a shoulder procedure shortly after the Patriots season ended to repair a torn labrum, which he likely suffered in Week 13. He posted a photo of himself post-procedure in January, with his son sitting with him on the bed. Despite the injury, Andrews started and played 100 percent of the offensive snaps in 16 of the Patriots’ 18 games.

Defensive back Jonathan Jones also underwent shoulder surgery after suffering an undisclosed injury on Oct. 17 against the Cowboys. Jones recorded 20 tackles and an interception prior to his injury.

“It was day-by-day,“ Jones said. “Any injury there’s ups and downs, setbacks. You feel good one day, you don’t the next, but you just keep grinding. And then the end goal is for the season and to be ready to go.”

Linebacker Raekwon McMillan was an intriguing acquisition for the Patriots in March 2021, but he tore his ACL in practice prior to the season and was ruled out for the year. He signed an extension through 2022 in September 2021.

McMillan told reporters in May that it was hard watching the Patriots at the start of the season because he was looking forward to playing, but that he’s been preparing to help this year.

“I got to sit back last year and watch,” he said. “It was hard to watch at times because obviously I wanted to be out there on the field. But after sitting back and watching last year, I’m ready to go this year.”

Jabrill Peppers tore his ACL and suffered a high ankle sprain in a brutal Week 7 injury playing for the Giants last season. Peppers reportedly was expected to join the team for training camp.

“The ACL doesn’t regenerate, so they had to go in there and surgically repair it. But I would say it’s going well,” Peppers said in April. “I’m doing a great job listening to the medical professionals. I feel great, haven’t had any setbacks. Hopefully, we can keep this thing going.”

The Patriots re-signed White this offseason to an incentive-laden two-year deal.

“Bill … wanted me back, so that was important to me,” White said. “To still be wanted after this was definitely something that helped me out a lot.

“Bill’s one of the greatest coaches of all time. We’ve built a great relationship over the years, and for him to still have confidence in me still means a lot.”

Patriots training camp is scheduled to begin next Wednesday. 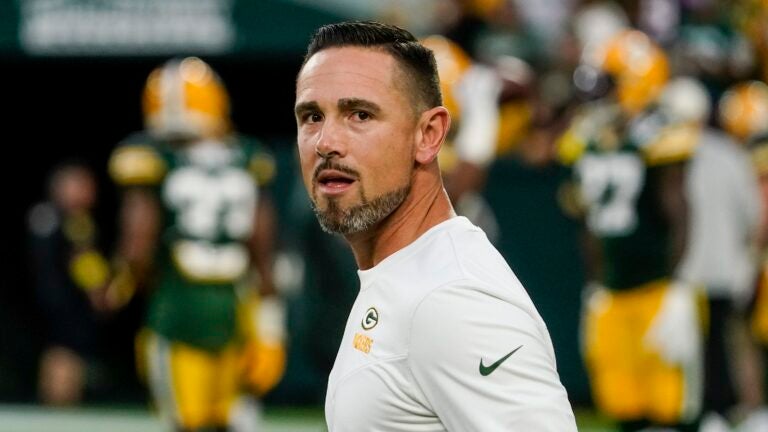