When Bill Belichick was first starting to build a culture of success in New England, he turned to one of the greatest winners in sports for an example.

Asked by “Good Morning Football” co-host Kyle Brandt about what he discussed with Belichick in a recent visit to New England, Pioli began by saying that they fell back into an old routine and talked about history.

“My [relationship with Bill] goes back to when I was in college,” Pioli explained. “A lot of our time is spent talking about history, and people, and players in history, football history, respect for players in the NFL, and honoring those players.

“It was great to see [that] one of the things Bill still does is he makes sure that the players see every single day — the players, the coaches, the front office people — the people that have come before us, that have built this game. The great players,” Pioli explained. “But then he also honors players from other sports, and we got into this long conversation because we were both a little bit sad about the passing of Bill Russell.”

Pioli said that Russell had a major impact on the Patriots right at the start of the team’s dynastic run of Super Bowl wins.

“Back in 2001 when we were still practicing at Bryant College — it was still Bryant College, not Bryant University — in Smithfield, Rhode Island, we took our team down that summer to the IMAX in Providence, and Bill Russell spoke to the team.

“It was one of the most powerful and impactful speeches,” Pioli continued. “Our players were in awe. One of the things that Bill Russell said that Bill [Belichick] and I spent quite a bit of time talking about that is still a tenet of the New England Patriots is Bill Russell stopped for a second and he looked at the players and he said, ‘Hey, listen, you’re not being paid to play this game. You’re being played to win games.'”

It was a piece of wisdom that stuck with New England players.

“That resonated with our players so much. It became a little bit of rallying cry,” said Pioli. “It was good for our young players to see this mind-shift that a lot of times.”

Thinking back on Russell’s words, and his history with Belichick, Pioli reiterated the lesson he took away from the experience.

“It’s such an important thing in my mind that all of us understand the giants that came before us.” 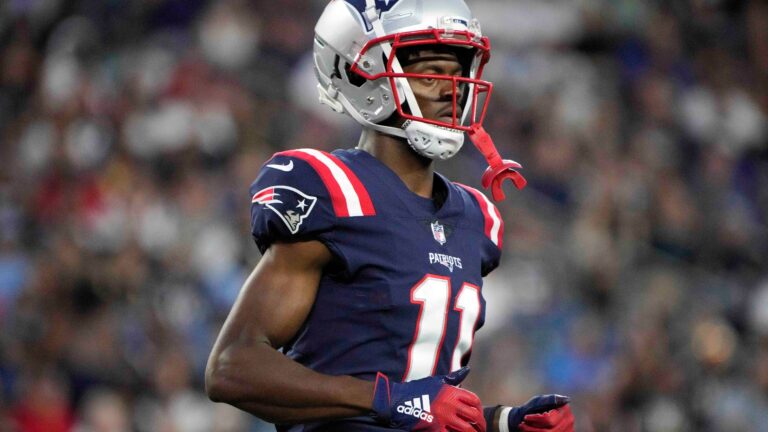