If you were concerned about the scuffle between Christian Barmore and David Andrews last week during Patriots practice, don’t be — the two players say they have worked through their differences.

Speaking to the media on Monday, Barmore was asked about the incident, which occurred last Tuesday.

“Oh yeah, that’s my brother,” Barmore said, breaking into a big smile. “You know how football is. We buddies. Football is a rough sport. That’s my guy.”

So it’s all good?

“Just a football thing,” Barmore concurred. “That’s my guy, that’s my OG, I learn everything from him. Real good player. It’s all love.”

Andrews agreed that the dust-up was “just football.”

Devin McCourty addressed the incident at length last week, noting that during scrimmages, the offense and defense sometimes feel like different teams.

“You’re going at it. you’re making each other better,” McCourty said. “That’s what it’s about. Obviously, that’s a part of football. Those things happen. It’s not like the end of the world, but I’m not one of those guys that’s like ‘Man it’s good to see fighting.’ That won’t help us win football games. It’s not going to do anything.

Andrews, who seems to have embraced his title as an OG, was spotted helping Patriots assistants coach on the sideline on Thursday when the Patriots played the Giants in a preseason game.

“I’m trying to stay a player as long as I can. I don’t want to be a coach yet with their hours,” Andrews said. “But I was just trying to help the guys, do what I can. I enjoy it. It’s a way for me to stay active in the game, kind of like I did in 2019. Instead of just standing there twiddling my thumbs, I figured I might as well stay active, locked in, talk with James, see what he sees and do something somewhat productive.” 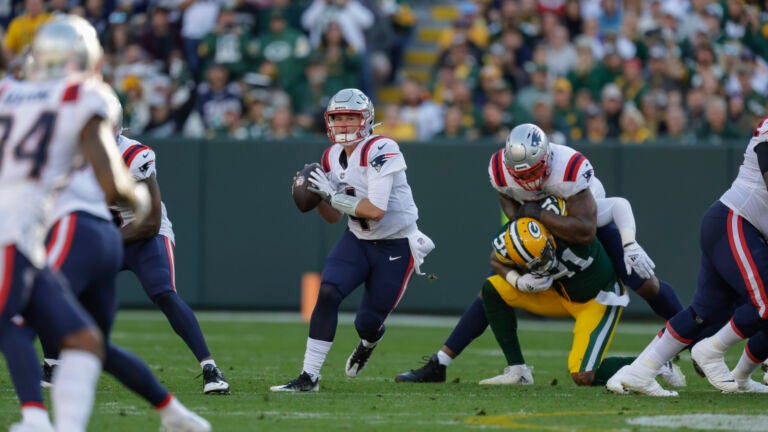