The Patriots and Panthers got heated repeatedly on Tuesday and Wednesday, which led Panthers coaches to threaten to cancel the joint practice entirely.

Per Baker Mayfield, after two consecutive days full of countless scrums and three distinct brawls, Carolina coach Matt Rhule told the team that another confrontation would be the end of things.

After two fights on Tuesday, one of which involved Patriots wide receiver Kristian Wilkerson and Panthers cornerback Kenny Robinson, hostilities resumed on Wednesday after Robinson hit Wilkerson with a violent block that left Wilkerson motionless on the ground. Robinson celebrated, which drew Rhule’s ire.

“That’s not how we want to practice,” Rhule said. “Things happen in football. There are some good clean hits. But we don’t stand over them and taunt them. It can affect their livelihood.

“So we sent him off. We should be playing football the real way, where you help the guy up, not standing over the guy.”

In a since-deleted tweet, Robinson denied standing over and taunting Wilkerson.

Matthew Slater, however, agreed with Rhule’s assessment and was livid at Robinson.

“When you have a teammate who is hit, he’s down,” Slater said. “There’s clear symptoms of what has happened to him. He’s demonstrating those symptoms, and then you have players celebrating that act. I take an issue with that. And I don’t have a problem saying that. That’s an issue.

“I don’t care if he’s in a game situation and certainly not a practice situation. That’s not okay.”

Rhule suggested Robinson — who played in 10 games last season — might be cut from the Panthers after disrupting two practices.

“Two days now that practice was affected by a guy,” Rule said “We’ll have to talk about it.”

After taking the hit, Wilkerson reportedly could miss some time with a head injury but is “feeling okay.” 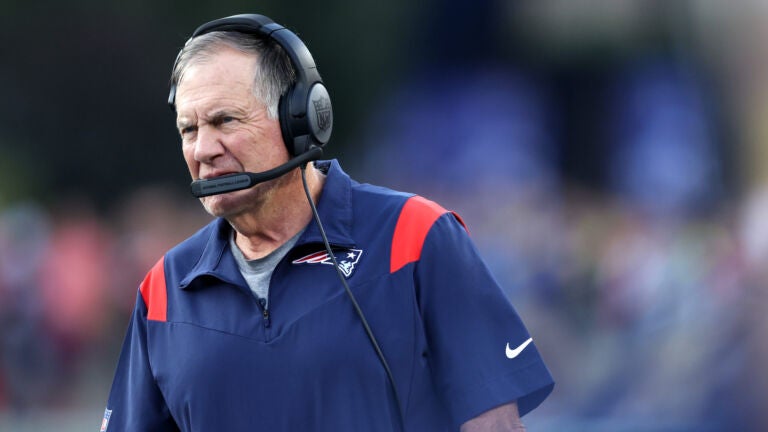