Bill Belichick joined WEEI’s “The Greg Hill Show” on Monday morning to discuss the approaching NFL regular season, and how the Patriots are preparing for the team’s Week 1 game against the Dolphins in Miami on Sept. 11.

Among the updates Belichick gave was the latest on running back Ty Montgomery, who exited Friday’s preseason game against the Raiders with a right ankle injury. The Patriots’ coach sounded an optimistic note when he mentioned Montgomery’s status.

“We haven’t practiced since we’ve been back here so we’ll see how things go today, see what he’s able to do,” said Belichick. “But I think he’s doing alright.”

Here are a few other takeaways from the interview:

His thoughts on grading the team based on preseason

With the preseason schedule behind them, could Belichick give the Patriots a grade at this point?

“No, preseason’s preseason,” Belichick explained. “Preseason is about developing your team for the season and evaluating players. If you look at the play-time in our game, or any other games, I mean I don’t know, I don’t think Las Vegas played 30 players, I don’t think Carolina — there must have been 30 players that didn’t play in that game — that’s not really what preseason’s about. Preseason’s about evaluating the players that you do play, and taking the practice time in joint practices or whatever you have to prepare your team for the regular season.

“Where everybody is on that, we’ll see after five, six weeks of the regular season,” Belichick added. “That’s when we’ll know. I don’t think preseason games are a real big indicator of what the team is or isn’t, one way or the other. That’s not about us, it’s about the NFL.”

Belichick’s admission that he won’t fully know how good his team is until after more than a month of regular season games sounds striking, but is probably more in line with how the team has operated for several years. As NFL reporter Albert Breer pointed out, “the Patriots in the past, and since the 2011 [Collective Bargaining Agreement] changed the rules, would almost treat the first month of the season as an extended preseason to tinker, fix and find the right mix.”

His take on Mac Jones

Belichick was asked about his “level of concern” about quarterback Mac Jones’s “struggles” in training camp and the preseason.

“Mac’s had a great attitude every day,” replied Belichick. “He comes in early, ready to work. We go to work, end of the day we talk about what happened, make corrections, make adjustments, and then to it the next day. So he’s one of our most consistent workers and prepares very well, so I haven’t seen anything other than that.”

In a follow-up question, show co-host Greg Hill mentioned that “there are reports that [Jones] gets frustrated, do you see that?”

“Well I think that’s all of us have a similar feeling,” Belichick said in response. “When things go well, there’s a feeling of satisfaction. When things don’t go well, then there’s the feeling of alright how do I get this fixed? What do I need to do, what do we need to do? So, call it whatever you want, that’s just part of the process. It’s daily, honestly.

“You come off the field, there’s always things that you need to talk about or straighten out or fix, and there are things that you’re going to feel good about. Just grind through it. It’s training camp.”

His latest on the team’s play-calling

As has been the case since the departure of Josh McDaniels, the team’s decision regarding who will coach offense and who will call plays in 2022 was discussed.

Belichick downplayed the subplot, noting that the nature of preseason has meant play-calling hasn’t been something he’s been overly concerned about.

“Play-calling hasn’t been a problem,” said Belichick. “I mean, again, there’s no game-planning. We’re running the plays that we’ve been running all training camp. Preseason and game-planning for regular season games are two different worlds. It’s really not comparable.” 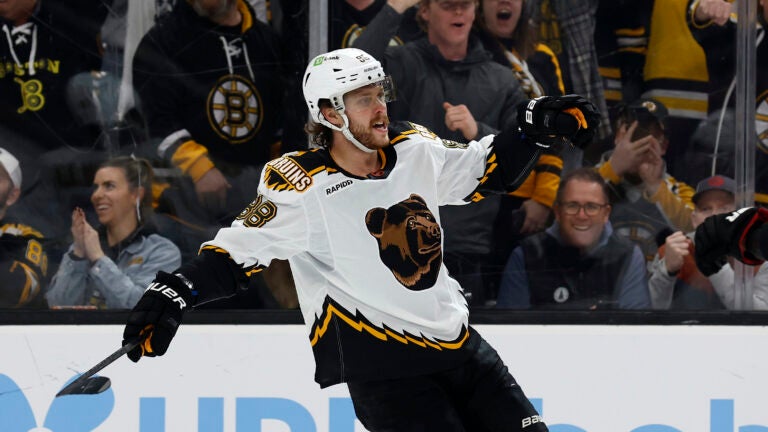 4 takeaways as Bruins snowball their way to 20th win