Chemistry on a sports studio show is hard to find and harder to fake.

Turner Sports’ “Inside The NBA,” featuring Charles Barkley, Ernie Johnson, Kenny Smith, and Shaquille O’Neal, is the most entertaining studio program of all time, because of how the personalities interact.

ESPN’s “NFL Live,” which includes Laura Rutledge, Mina Kimes, Marcus Spears, Ryan Clark, Dan Orlovsky, and Keyshawn Johnson, is appealing because its panelists play off each other so well. They seem like friends, and that translates to a consistently enjoyable program.

But that chemistry is elusive. Which is why what is happening with “Good Morning Football” strikes me as remarkable.

NFL Network’s Emmy Award-winning weekday morning show has been on the air for just six years, but it has found that supposedly fleeting kind of authenticity with its cast not once but twice.

The first time occurred with its original four hosts: Kay Adams, Nate Burleson, Peter Schrager, and Kyle Brandt. Burleson, a superb talent whose media career doesn’t appear to have a ceiling, left the show in August 2021 to pursue Michael Strahan-like opportunities that include a hosting role on “CBS Mornings.”

Adams, familiar locally from her time on NBC Sports Boston’s “Quick Slants,” departed “Good Morning Football” on her own volition in May. Last month, she was named the host of a daily show on FanDuel TV that launches this month.

After some lag time over the summer in which the network cycled in various potential candidates, two personalities with New England connections were chosen to join Schrager and Brandt.

Jamie Erdahl, who worked at NESN from 2012-14 before leaving for CBS Sports, debuted on “Good Morning Football” on July 25. So did Jason McCourty, who spent three of his 13 NFL seasons with the Patriots (2018-20), beginning his TV role just 10 days after announcing his retirement.

Despite turnover in half of its cast, the “Good Morning Football” quartet has clicked immediately. One of the more amusing recent segments occurred when they had a mini-basketball and hoop on the set, and Schrager drilled a turnaround jump shot that young Robert Parish would have been proud of.

They seemed like four longtime friends in that segment, a vibe that was instantly evident after Erdahl and McCourty debuted. It’s impressive considering that the cast had barely met before they were on the air together.

“Zero,” said Erdahl with a laugh when asked how many times she had met McCourty, Schrager, and Brandt before she got the job. “We joke about it now, but we did one secret show. And it wasn’t even a show. It was an hour. We all went to NFL Films in Mt. Laurel, [New Jersey] in July. Jason didn’t even have the job yet, he was just there doing the show as a fill-in. That was the first time I had met them.”

McCourty said that waking up at “4-something” for the 7-10 a.m. show has been the biggest adjustment. The connection with his co-workers? That has been the easy part.

“Man, it’s been fun,” said McCourty. “We’ve had a blast, even a month in. We’re all still getting to know each other. The camaraderie, the bonds, the relationship that will transpire and continue to come across on TV will only continue to grow as we get a chance to be around each other more.”

Erdahl said she found out about the opening through her agent, who also represents Adams, and that her eventual hiring required a number of conversations between NFL Network and CBS, where she was the sideline reporter for its Southeastern Conference football coverage, among other roles.

She said she didn’t have trepidation joining a show in which the departing cast members were so well-liked by viewers.

“I think a combination of the fact that Nate left last year and then that chair was already in a rotating position, and then Kay I think left at the end of May probably helped, since I did not start until the very end of July,” Erdahl said. “There was a healthy gap there. Kay was beloved, and it would have been hard if she left on a Friday and I was there the next Monday. But summer is like a natural lull and people were coming in and out the door.”

McCourty landed his role in part because of the impression he made at the NFL’s invitation-only “broadcast boot camp,” where players who aspire to work in the media post-playing get to practice for the various roles, such as studio analyst, podcast host, or in-game color analyst.

“I did that in April,” said McCourty, “and then from there, there was an opportunity with CBS Sports Network on the draft show, Dev [his twin brother, Patriots safety Devin McCourty] and myself did that, and from there I got some opportunities to do some things. I met Sandy Nunez [the NFL’s vice president for on-air talent management] at the boot camp, and then the ‘Good Morning Football’ offered me a chance to audition in late June. It was kind of a whirlwind, but the boot camp really opened some doors. I can’t recommend it highly enough.”

Erdahl acknowledged that the easy immediate chemistry is not something that always occurs when shows change some personnel.

“You kind of think about it,” she said. “It’s like, ‘Are people seeing this? Was it ever supposed to be this easy?’ I think Peter has said that a couple of times when people have asked him about how it’s going with the new people. And he says, ‘It’s just easy.’

“We don’t know each other that well yet, but because the four of us get along so well, we’re growing on the air together every day.” 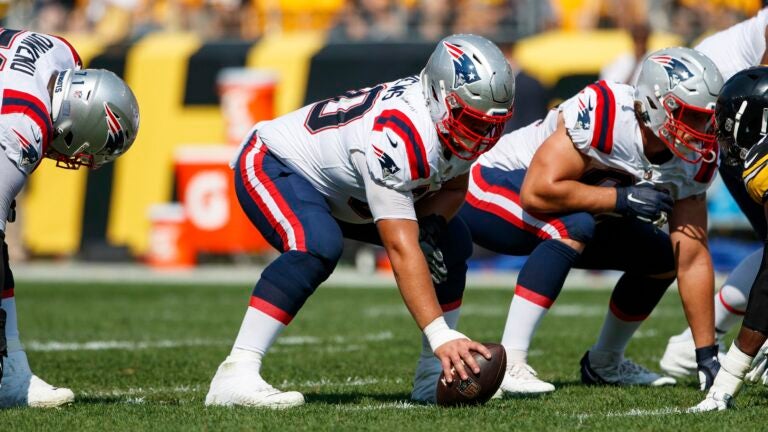