With a three-game losing streak against Miami as the backdrop for Sunday’s season opener, the Patriots have an opportunity to score a key divisional win early in 2022.

There will be plenty of eyes on the Patriots’ offense, as it’s the first true test of the new system in a game situation.

It will also be interesting to see if the defense lives up to the hype it generated during the preseason.

But what about the opponent?

Here are five Dolphins players to watch against the Patriots on Sunday.

Pro Bowl receiver Tyreek Hill and PFWA all-rookie selection Jaylen Waddle will rightfully get most of the attention as far as Miami’s receivers go.

But, the Dolphins made a solid pickup getting Wilson, who started four games for the Cowboys last year and made 45 catches for 602 yards and six touchdowns.

The Boise State product is a deep ball threat, and he averaged 13.8 yards per catch last season with a long of 73.

When the Patriots go to the air, keep an eye on Miami’s Jevon Holland. While he made 69 tackles and broke up 10 passes in 2021, he’s also given up some big plays, including four touchdowns last season.

Sports Illustrated’s Albert Breer had a piece a couple weeks ago calling Holland an emerging star on Miami’s defense, saying that in his second season, Holland is “at the point now, from a leadership standpoint, where he can hold others on defense accountable.”

But, with the Patriots’ deep receiving core and star cornerback Xavien Howard making plays, there’s a chance New England could look to attack the safeties with a few deep throws.

Can the Patriots’ offensive line protect Mac Jones? That’s one of the biggest questions heading into the opener after a lackluster preseason that saw offensive line coach Matt Patricia spending time calling plays.

And perhaps the most interesting of his stats, Ogbah broke up 12 passes last year, more than any Dolphin other than Howard. The guy just has a knack for getting his hands up and disrupting passing attempts.

This is an obvious one, but Tyreek Hill is going to grab plenty of attention. Fresh off of a trade and a $120 million extension, the six-time Pro Bowler’s Miami debut is one to watch.

As Patriots coach Bill Belichick said earlier in the week, Hill has the kind of game-breaking speed as a receiver that allows him to score from anywhere.

While the past five New England-Miami matchups have been relatively low-scoring, Hill makes a Dolphin team that hung 33 points on last year’s Patriots even more explosive.

Another obvious choice. Tagovailoa spent a brief stretch of last season on injured reserve after being carted off the field with a rib injury.

Considering that, and his past hip injury, it will be interesting what a healthy Tagovailoa can do in new coach Mike McDaniel’s offense.

The former Alabama quarterback is 3-0 against New England as a starter, and while his numbers haven’t been spectacular in those games they were enough to win. 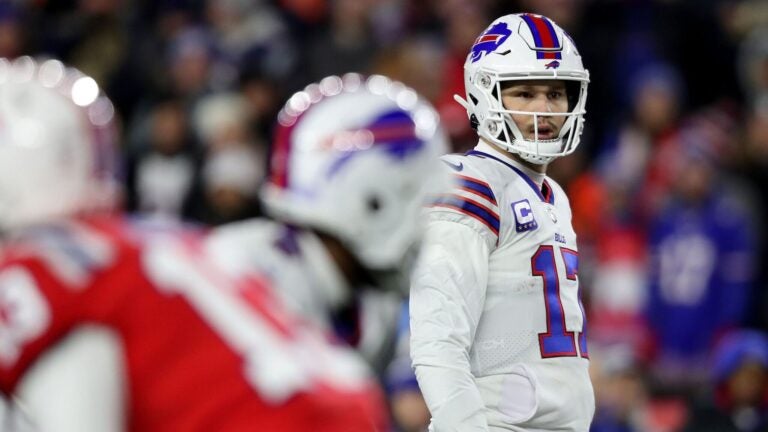