Patriots wide receiver Devante Parker disagreed with Mac Jones on a key no-call early in Sunday’s season-opener against the Dolphins.

On the first drive of the season, Jones led the Patriots 53 yards down the field to the Dolphins’ 22-yard line. Jones then dropped back and lobbed a pass toward the end zone, where Parker raced against Dolphins cornerback Xavien Howard. Howard appeared to make contact with Parker and batted the ball away to Jevon Holland, who picked it off.

After the play, Jones appeared furious and called for the officials to throw an offensive interference flag, but he didn’t get the call.

“I don’t know what happened,” Parker told reporters after the game. “When the ball was in the air, [Howard] was able to get his hand up, and Holland came up with the pick.”

Unlike Jones, however, Parker said he did not think he was interfered with on the play.

“I just kind of misjudged it,” Parker said. “So the next time I know just go up for it.”

The interception was one of two plays Bill Belichick believed swung what otherwise was “a pretty even game.” The other was a strip sack by Brandon Jones that led to a Dolphins touchdown in the second quarter.

“A couple bad plays really hurt us,” Belichick said. “Need to finish some drives better on both sides of the ball and make an impact. Just build on this and go back to work.”

Parker was asked if growing pains are normal in a Week 1 contest.

“There’s some stuff that you can overcome,” Parker said. “You just have to go back on film and correct it.”

Jones did not speak to the media after suffering a back injury. His post-game X-rays reportedly were negative. 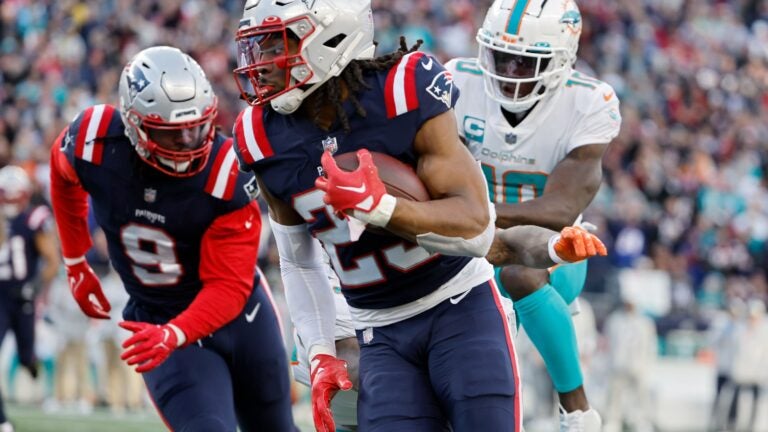